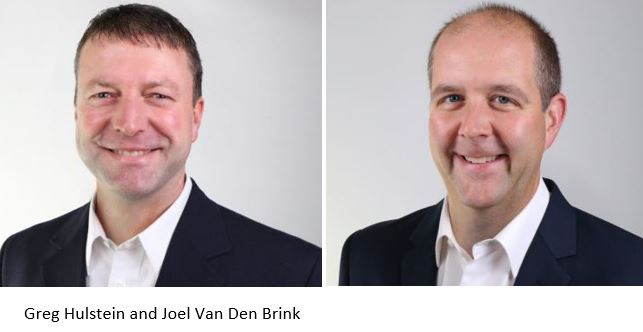 Hulstein has been promoted to director of engineering, and Van Den Brink to engineering manager.

“Michael and Bill have forged a legacy of leadership, hard work and professional excellence that will endure as an example for all of us.”

In Hulstein’s new role, he will lead all aspects of product development for the company. In June, he will also begin sharing leadership responsibilities for the engineering team at Link Suspensions of Canada.

Reporting directly to Hulstein will be Van Den Brink, whose duties will include leading the company’s product engineering staff in its Sioux Center facility.