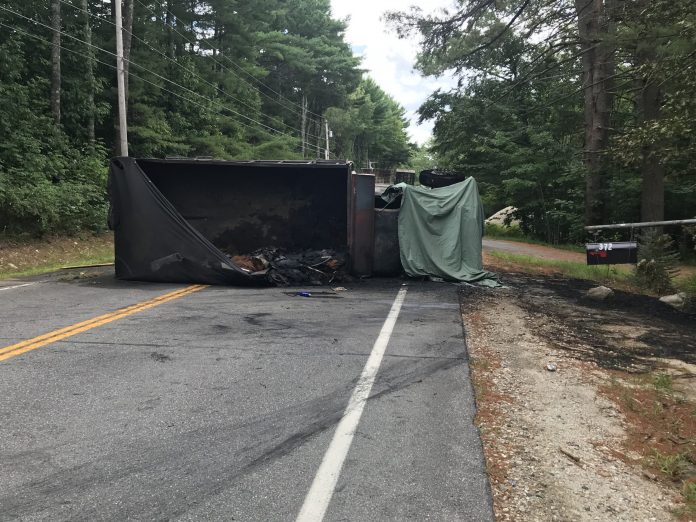 A Kennebec County truck driver died despite the efforts of passersby who tried to save him after the truck rolled over and caught fire in New Gloucester on Wednesday.

Richard Parent, 67, of Litchfield, was trapped in the 1994 Chevrolet Kodiak dual-axle truck near 372 Litchfield Road in New Gloucester and pronounced dead at the scene, the Cumberland County Sheriff’s Office said in a statement released on Wednesday.

The accident closed Litchfield Road between Bennett and Gloucester Hill roads for approximately three hours. It was reported at 11:08 a.m., police said.

The truck, which was hauling debris, left the road, hit a ditch at the end of a driveway and rolled back into the middle of the road, where it caught fire. Witnesses who came upon the crash tried to help but couldn’t free Parent from the wreckage, police said.