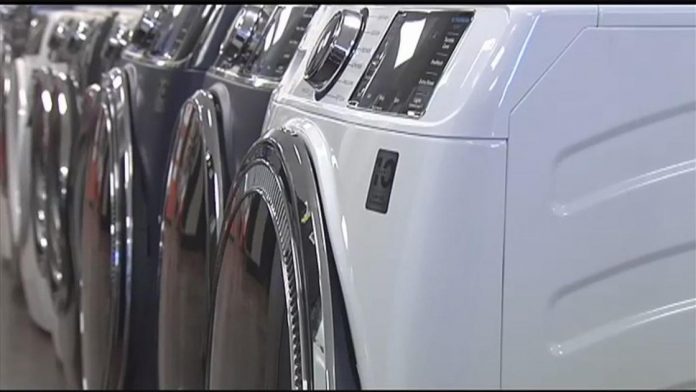 EMMAUS, Pa.- Although people are venturing out more, in general, people are spending more time at home than they did before.

With that, many are using their home appliances more. That’s led to a surge in business at Kleckner and Sons in Emmaus and Whitehall.

That includes people running their washer and dryer machines more frequently to sanitize, using their stoves more as they enjoy more meals at home, and running their dishwashers more often.

In addition, George said people are also considering the potential impacts of the virus in the fall, and for that reason, are investing more in replacing or repairing appliances they may have otherwise let go, or perhaps, even for a while, did let go.

The demand in sales and service has helped Kleckner make up some of what was lost during the most aggressive part of the shutdown, when their showroom was unable to open for six weeks.

Slowed production has contributed to a lack of inventory. There have also been logistical challenges. George said there haven’t been enough truck drivers to transfer the goods from the manufacturers to the warehouses.

One product in particular has been especially hard to find.

“There’s a national shortage of freezers,” George said. “I have about 150 freezers on back order right now.”

He gets about a dozen calls a day about freezers. He says much of the initial interest had to do with people wanting to stock up on freezer items, in case of food shortages or inability to get to the grocery store as frequently.

Despite the shutdown, and having about six weeks without their typical business, Kleckner was able to maintain all of their staff.

In fact, they’ve been so swamped with calls and interest, they are looking to hire.