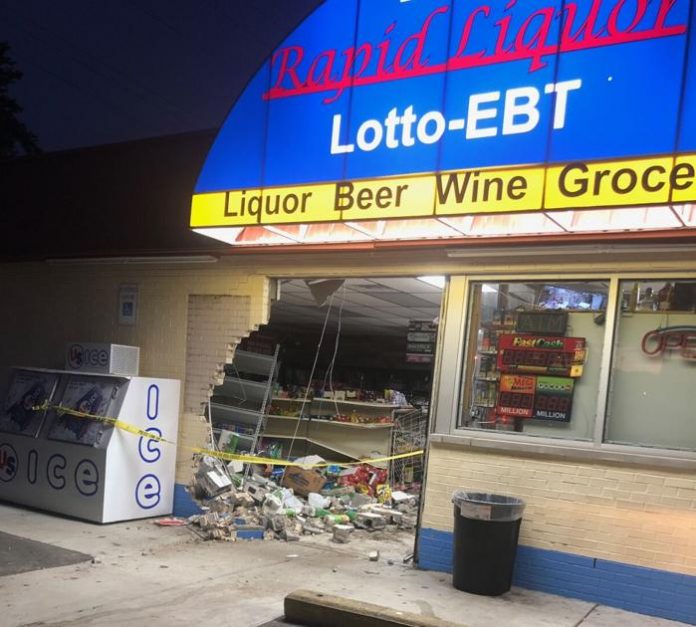 Workers at the Rapid Liquor Store in Flint Twp. are picking up the pieces after a break-in.

Security camera footage caught a group of individuals driving a truck through the store’s doorway and left a short while later with an ATM.

“That’s a lot of damage for just an ATM,” said the store owner’s son who did not want to be named.

He said the incident happened around 4 a.m.

He says Flint Twp. Police arrived just moments after, but says the damage left behind was far more than the ATM was even worth.

“Maximum ARM could’ve been was like 2K or something, and they did damage worth of like 30K.”

TV5 spoke with some local customers who come to shop here regularly. They say they were just as shocked and disappointed to hear this news.

“You know, you go in there, they’re nice and courteous,” said Kyle Mason. “They have everything you need. You know, so somebody picking them to rob them and bust a building up is a bad thing.”

Mason says he’s been coming to the store for the past few months and was upset to see a small business like this get targeted.

“There’s a good community around here,” said Mason. “They understood it. They helped out, and they’re good people.”

Protesters gather in LA after cops shoot and kill a black...