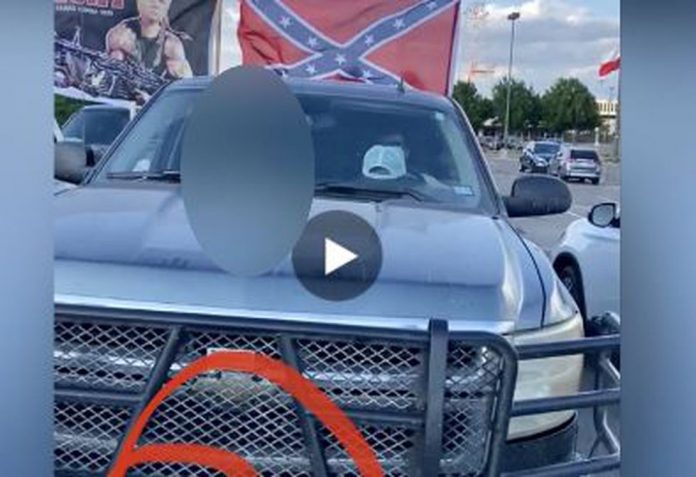 WACO, Texas (KWTX) – A local woman says she was harassed, stalked, called racial slurs, and assaulted at Target on June 19th. Now she and her lawyer have brought the matter to law enforcement.

“I feel like this is the first time in my life that I’ve ever, I’ve actually been racially….sorry…out loud to my face,” said Denise Anderson holding back tears. “And ever actually followed into a store. First time ever in my life. I am appalled, angry, I am disgusted.”

Anderson says when she parked her car to walk inside the store, someone inside a truck with a confederate flag displayed called her a racial slur.

When she got into the store she claims the men cornered her in the aisle.

“He said excuse me real sarcastically,” said Anderson. “I said ‘I don’t want your excuse me. Move.’ I step to the left of him and he bumps me with his shoulder.”

Anderson says the men took the harassment back to the parking lot, but stopped once she started filming them.

Once the video was posted to social media, it got the attention of attorney Robert Callahan, who’s now helping with the case.

“By flying these flags, these men are saying, this is our territory,” said Callahan. “It belongs to racism. And that’s not going to make here in McLennan County.”

Anderson and Callahan have filed a complaint with the Waco Police Department asking for an investigation into the incident.

“I was of the opinion that had we handled this the right way on Friday, maybe even a private apology would have been sufficient,” said Callahan. “But it became clear that the parties involved weren’t going to come forward and take responsibility. So once we put the information out there. The community stepped up and the community said we weren’t going to tolerate this in our city.”

Callahan also says that Target has video of the incident, and that they are currently waiting for law enforcement to come and get that video.

KWTX has reached out to Target for comment but has yet to receive one.

How supermarkets chopped product ranges after the Covid-19 lockdowns