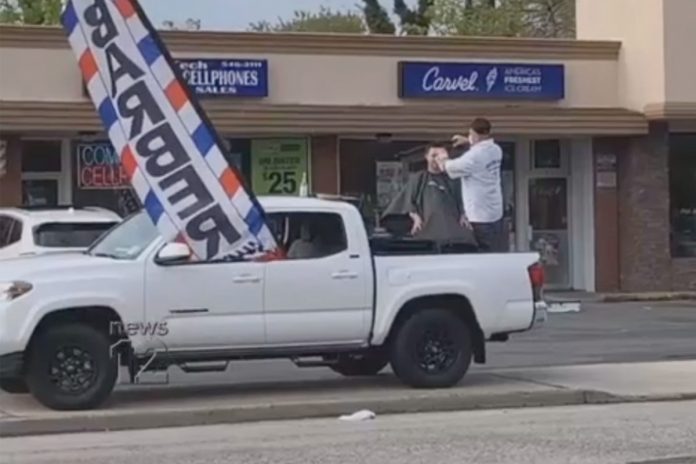 A Long Island barber was ticketed for cutting hair in the back of his pickup truck amid the coronavirus pandemic, according to a report.

Cellphone video taken by a bystander showed him snipping a person’s hair while wearing a mask and gloves outside his shuttered salon in Freeport, Long Island, News 12 reported.

Freeport police handed him a ticket and warned him he could face misdemeanor charges for violating public health laws should they catch him at it again, the outlet reported.

“I own the truck and it’s my truck, I think I’m able to do what I want in my truck,” Siyunov told the station, calling the fine a violation of his constitutional rights.

“It’s called hustling. I like to hustle,” he added, explaining that he’s just trying to keep his business afloat during the state’s lockdown, which has closed non-essential businesses.

Siyunov — who is also known as “Dave the Barber” — said he immigrated to the Empire State from Russia as a baby and that “This country is not Russia this is the United States.”

A Freeport police officer couldn’t say what kind of fine Siyunov was issued or for how much, and referred The Post to the mayor’s office for details about the incident. A request for comment from the mayor wasn’t immediately returned.

Siyunov couldn’t be reached by The Post on Wednesday.

With haircutters closed indefinitely, some barbers, like this one in Brooklyn, have turned the streets into salons.