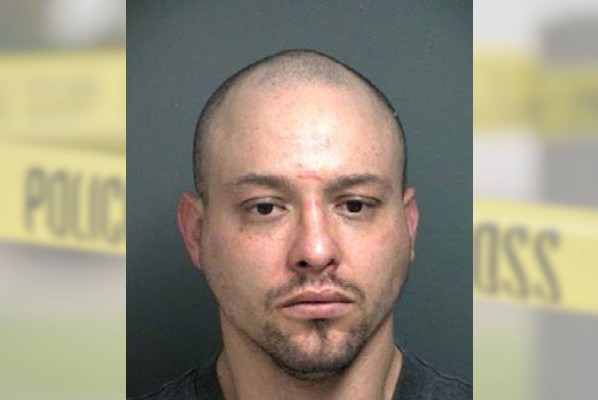 An arrest affidavit for the man suspected of fatally shooting a 34-year-old man last week revealed several witness accounts of the crime.

Richard Martinez, 33, was arrested in Española, N.M., on Friday on suspicion of first-degree murder.

Around 4:30 a.m. June 3, Longmont police were called to the 1200 block of Hunter Court, after neighbors reported gun shots. Witnesses also gave police a description of two vehicles spotted at the scene. About an hour and a half later, after canvassing the city, Longmont police found one of the cars, a stolen Audi. In the passenger seat of the car was 34-year-old Mathew Bond. According to Martinez’s arrest affidavit, Bond had a faint pulse when officers found him, but by the time paramedics arrived, Bond had died.

One man, who was with Bond when he died, told police that the shooter stepped out of a white Toyota truck and opened fire on him and Bond as they drove by, according to an arrest affidavit. The man is not being named because of his status as a victim in the incident.

The man told police he is a friend of Bond’s and that they had driven to Bond’s family home that morning. Bond’s friend told police that when he pulled into a parking lot, a white Toyota truck was also pulling in. Bond’s friend gave the truck driver a dirty look, the affidavit said. At the time, Bond’s friend was driving a stolen vehicle, a black Audi that was spray painted white, according to the affidavit.

According to Bond’s friend, the truck was blocking them so that they couldn’t leave. Bond’s friend maneuvered the car to a different parking lot exit and then began driving northbound. The location of the parking lot was redacted in the arrest affidavit. A passenger in the truck, who was wearing a mask and gloves, had gotten out of the truck and was standing in the roadway waiting for the Audi to pass, the affidavit said. As Bond’s friend drove by the truck, the man pointed a handgun at them and began firing, according to the affidavit.

Bond’s friend told police he didn’t recognize the passenger of the truck but perhaps knew the driver, though he wasn’t sure of that person’s name. He told police he was “certain” that the driver was not the shooter, according to the affidavit.

Another witness told police he was in the pickup when the crime occurred and that Martinez was the shooter, according to the arrest affidavit. Police have asked that the man not be named to avoid compromising the investigation. The man told police that earlier that day he had been working on his car when Martinez called him for some help. The affidavit does not specify what Martinez needed help with. The man borrowed a white Toyota pickup from a friend, because his own car wasn’t working, and went to pick up Martinez.

Fifteen minutes before the shooting, security footage from 7-Eleven at 2250 Mountain View Ave. showed the man who picked Martinez up and Martinez inside the convenience store. The man purchased cigarettes with cash, according to the affidavit. A white pickup was also seen on surveillance video outside at a gas pump, the affidavit said.

The man told police he heard that Bond’s friend, who was driving the Audi, had robbed a home and putting a gun in the face of Martinez’s girlfriend. According to the arrest affidavit, Martinez’s girlfriend was also in the truck, in the backseat, at the time of the shooting.

The man told police that after the shooting, he dropped Martinez off at Martinez’s home. The man heard that Martinez rented a car to flee to Mexico, the affidavit said.

Longmont police Deputy Chief Jeff Satur said Martinez is considered the only suspect in the case. At this time, no one else has been charged in relation to the crime.

Another witness told police that Bond had dropped by that morning to get $40 from him. He told police that while he was talking with Bond a white truck passed on the street and the passenger was “mad dogging” or glaring at them. Bond apparently told his friend “we gotta go, we gotta go,” the arrest affidavit said. The witness then walked to the 7-Eleven, just northwest of Hunter Court. The man told police he heard shots sometime around when he was making a purchase or as he was walking back. He told police he saw someone climbing into the driver seat of the white truck. He saw the Audi, driven by Bond’s friend, pass the truck traveling northbound and roll through a stop sign, before heading east. The truck followed and sped east, according to the affidavit.

Longmont police found 12 shell casings from a 9 mm gun in the street on Hunter Court, according to the arrest affidavit.

On Friday, police observed Martinez at the home of a relative in Española, N.M. — about 370 miles from Longmont, north of Santa Fe. Authorities attempted contact with Martinez, but he fled from police in a vehicle at a high rate of speed. Martinez crashed after state police executed a “tactical vehicle intervention,” which involves tapping a fleeing car to cause it to spin out. Martinez then attempted to flee on foot, but was caught by police.

Martinez is in custody at the Rio Arriba County Jail in Tierra Amarilla, N.M. Satur said it was unknown, as of Wednesday, when Martinez will be extradited to Colorado.

Martinez is being charged in New Mexico on suspicion of aggravated fleeing a law enforcement officer, two counts of aggravated battery with a deadly weapon, speeding and two counts of failure to appear at time and place state in citation, according to online jail records.