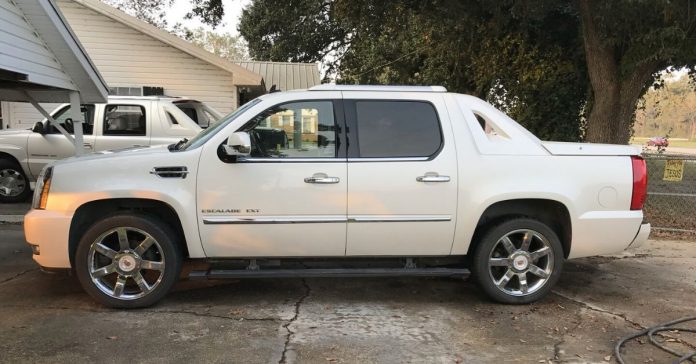 There are a lot of marvelous pickups that you can find used today. This is due to the fact that they are a vehicle type that is built to last. Yet, even with this being so, it is important to remember that not all of them are worthwhile. In fact, there are plenty of pickups from outstanding series that have a bad release year. This is why we must do our research before buying our next truck.

With that being said,  we will be going over the used pickup models you need to avoid. It should be noted that these trucks will be coming from many different brands and release years. There are so many great trucks out there on the second hand market, so we definitely do not want to see you fall victim to these absolute lemons.

The 2016 Chevrolet Silverado 1500 is not aging well at all. This is due to the fact that it is experiencing a lot of engine trouble at this juncture. There are a lot of better models you can get that possess the same name, so we would advise to avoid this one in its entirety.

The 2015 GMC Sierra 1500 is a model that had a lot of potential to be good. Yet, it has been noted for having a weak structure, which makes it a bit vulnerable when being put to work. This is unacceptable from a Sierra truck, so with that being said, it would be wise to go with a different model.

Although the Ram 1500 series has developed a reputation for its strong reliability, its 2011 release was a complete and utter joke. This is due to the fact that its ride quality is abysmal, as it is prone to steering delays. There are way better Ram trucks you can buy, so avoid the ’11.

The 2008 Toyota Tundra is the type of truck that makes people question Toyota with their pickups. This truck was a massive lemon from the start, as its handling and fuel efficiency were bad immediately. The Tundra series has gotten better since, but man, this is a used truck you must avoid.

RELATED: 8 Celebs Who Drive Toyotas (And 7 Who Prefer Hondas)

Deemed as one of the worst cars ever by edmunds.com, it is fair to state that the 2003 Chevrolet SSR should be avoided. This is due to the fact that it offers zero power, while also honestly being rather ugly. One cannot blame the brand for trying something new, but they executed it poorly.

The 2005 Nissan Frontier is a pickup that simply was not built with care. This is because it would possess a number of massive issues that were very avoidable. This would hurt its value from the start naturally. It would be wise to not buy this truck, no matter how cheap you can find it.

The 2010 Ford F-150 was a rare miss from this iconic series. This is largely due to the fact that this truck has been going through serious engine and transmission issues since the beginning of its existence. You could go with any other F-150 model and end up with something better.

The 2004 Dodge Dakota is a model that would fail because of its immensely poor ride quality. Driving this truck is a massive burden, as its handling is awful. It just is a truck that never should have been released in the first place, but of course, Dodge cannot turn back time.

The 2016 Toyota Tacoma would end up being ripped to shreds by critics, which is entirely justifiable. This car is a massive lemon in every single way, as its ride quality is sluggish and its structure is just very weak. It is not a truck that stands a chance of lasting much longer.

The 2017 Honda Ridgeline is a car that now has been going through a lot of engine trouble as of late. It is honestly a shame, as it is becoming clear that the manufacturer has not built it to last. Thankfully though, there are other Ridgeline trucks that are totally worth investing in.

The 2015 Chevrolet Colorado is a truck that just did not perform to the level in which we expected. This is a utter shame, as its series has had a lot of success. However, this truck needs to be noted for its serious suspension and fuel system issues. This makes it irritating to drive.

The 2010 Hummer H3T definitely is a pickup that would be a major disappointment. It seemed as though that it would have a lot of power, as it was extremely big. However, this did not come into fruition, as its weak structure made it as vulnerable as a giant piece of glass.

The 2006 Nissan Titan is another truck on this list that needs to be avoided entirely. This is due to the fact that it is prone to breaking down very quickly with its very faulty engine. There are a lot of stellar Titan trucks in the world, but the 2006 release just does not follow that.

The 2013 Cadillac Escalade EXT could easily trick people into buying it, as it is a truck that has a high sense of luxury. However, it has zero power and is built very poorly, so it always needs repairs done. The brand never should have released this model, as it is clear that they did not spend much time on it.

We are not big fans of the 2015 GMC Canyon. Even with its prices dropping off dramatically as of late, it is not worth the investment. This truck is far too weak, so it cannot be used in working conditions. This also does not mesh well with its extremely rough ride.

NEXT: Ranking The Fastest Sports Cars In 2020 By Top Speed

Vermont joins 15 states in agreement to electrify trucks and buses