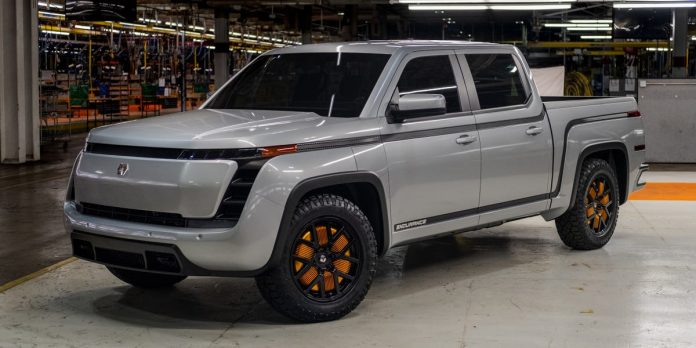 Ohio-based Lordstown Motors has unveiled a pre-production version of its all-electric pickup truck, the $52,500 Endurance.

Endurance’s unveiling event — which included speakers like Vice President Mike Pence and US Secretary of Energy Dan Brouillette — was held in the Lordstown Motors factory in Ohio on June 25. This 6.2 million-square-foot factory was previously owned by General Motors for the production of various Chevrolet vehicles.

The first Endurance pickups will be produced and completed by late summer of 2021, placing Lordtown Motors’ flagship vehicle in the potential position to be the first electric pickup truck on the road as Tesla will begin production of the Cybertruck in late 2021 (with its single-motor rear-wheel-drive variant beginning production in late 2022).

The new automaker currently plans to build 20,000 Endurance pickups in 2021. But according to Lordstown Motors’ CEO Steve Burns’ speech during the unveiling event, its first year of production had already sold out before the unveiling event.

The automaker is now planning to increase production in order to meet consumer demands.

A Winch Is the Upgrade Every Off-Roader Needs. This One Is...

PUBG 8.1 update with new Sanhok map rolling out on July...