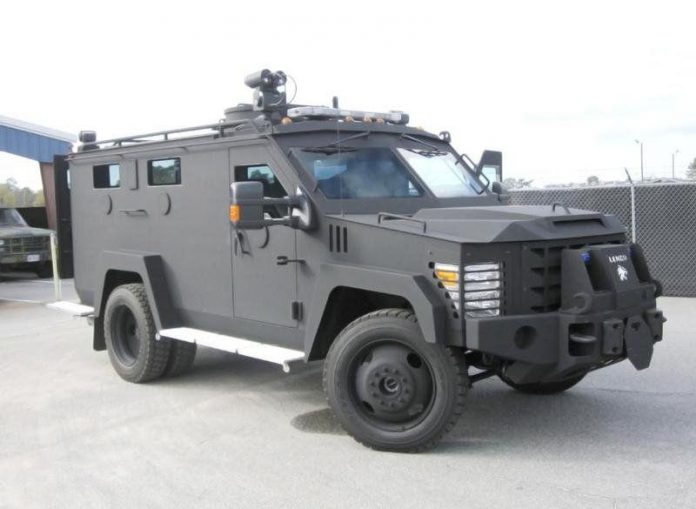 CORDELE — The Lowndes County Sheriff’s Office sent an armored truck to Cordele Sunday to help with a hostage situation that turned deadly.

At 4:30 a.m., Cordele police headed to an East Oak Street residence on a report of a disturbance involving “three to four adults and two children,” according to a Georgia Bureau of Investigation statement.

Officers found LeJune Benjamin Cobb, 38, with a handgun, according to the GBI statement. Cobb and the officers exchanged gunfire inside the house, the statement said.

A special response team opened negotiations with Cobb to safely remove the children from the residence. Negotiators had his family and friends talking to him to try getting him to surrender, the GBI said. The children were allowed to leave the building safely.

The Lowndes County Sheriff’s Office sent its Bearcat armored truck along with a couple of deputies to operate it, Lowndes Sheriff Ashley Paulk said Monday.

“The Bearcat is normally used for barricade situations; it has a ram on front for use in knocking down doors,” he said.

Meanwhile, at least one more exchange of gunfire took place between Cobb and the Cordele officers.

Finally, SRT officers entered the home and found Cobb had received a single gunshot wound. He was taken to a hospital, where he died, according to the GBI statement. An autopsy is planned at the GBI crime lab on Macon.

Ultimately, the Bearcat was not needed for getting into the home, Paulk said.

The GBI continues to investigate.

Terry Richards is senior reporter at The Valdosta Daily Times.

Mullen Group CEO: The worst appears to be over – Truck...

‘Greedy’ bosses not paying out