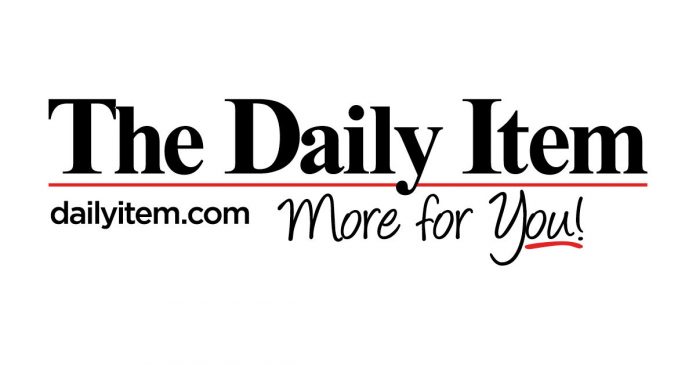 DANVILLE — Mahoning Township officials told East End Fire Company not to participate in this evening’s fire truck salute to frontline workers because firefighters did not obtain a permit and the event would violate the governor’s stay-at-home order.

Township solicitor Jonathan DeWald, in a letter to the fire company, said it could be cited by the township police if the firefighters still held the parade, Fire Chief Leslie Young said. The fine for a violation of the township ordinance is $25, plus court costs.

Meanwhile, Danville Borough, Coal Township and Bloomsburg are going on with their parades or drives through their communities for the salute, beginning at 6 p.m.

The parades were scheduled to show appreciation to essential employees and coronavirus heroes in the central region Geisinger communities, Young said in a news release earlier this week. The township route included a drive through the Geisinger Medical Center campus without sirens, per a standing agreement with Geisinger not to use sirens near the hospital.

Township Supervisor Chairman Bill Lynn said, though, Young had not even informed the supervisors or the police about the planned parade. They found out on Wednesday afternoon after a township police officer mentioned it to Police Chief Fred Dyroff, Lynn said. He said he asked Young to just postpone the parade until the governor lifted restrictions, but she canceled it.

“They suggested rescheduling when we are in green phase,” Young said. “Who knows when that will be. This parade was coordinated with two other Geisinger communities, Bloomsburg and Coal Township. It wasn’t feasible to reschedule.”

He said township officials were concerned about liability.

“If they would have went ahead and something would have happened, we would have been liable,” he said. “It’s not like we don’t want to say thank you to first responders.”

Young said the solicitor’s letter stated the parade would conflict with the governor’s stay-at-home order because it would encourage people to congregate.

“We did not tell people to come out and congregate,” Young said.

Part of her news release from Wednesday states, “It is important to practice social distancing during this appreciation parade and continue to follow current stay-at-home orders.”

Young said she decided to comply rather than face a citation. She announced the cancellation on the fire company’s Facebook page on Thursday afternoon.

“It is with our deepest regret that we have to cancel the parade honoring our frontline workers in Mahoning Township at this time,” Young wrote. “Today, we received notification from the township supervisors through the township solicitor notifying us we failed to apply for and receive an event permit allowing us to hold a parade. Furthermore, we were advised that asking you, our community members, to stand on your porch violates the state’s stay at home order by you congregating on your porch. Again, we are sorry for the cancellation and would like our frontline workers to know we do care and appreciate everything you do and you remain in our thoughts and prayers.”

Meanwhile, other departments are proceeding with their parades. Deanna Force of the Danville Fire Department said seven trucks from the Danville companies and four from Southside Fire Company in Riverside would take part. Washingtonville, Valley Township and Liberty Township fire companies and Danville and Riverside police and fire police also were invited.

The Danville parade will form at 5:30 p.m. at Cole’s Hardware to thank workers there, then stage at Washies Fire Company’s parking lot at 6 p.m. before taking Railroad Street to Walnut Street to A Street past the Danville Ambulance garage then to Bloom Road to Ferry Street to Center Street by CVS to Weis Markets’ lot and onto Ferry Street to Route 54 to Montour Street, then to Route 11, Mill Street to Front Street, ending at Giant on Church Street.

Force said a permit was not required. The department cannot term it a parade for liability reasons. She said no streets or roads will be shut down.

State Police look for pickup that dragged trooper in Taunton

Truck smashes into bus in north Sudan, killing at least 13...