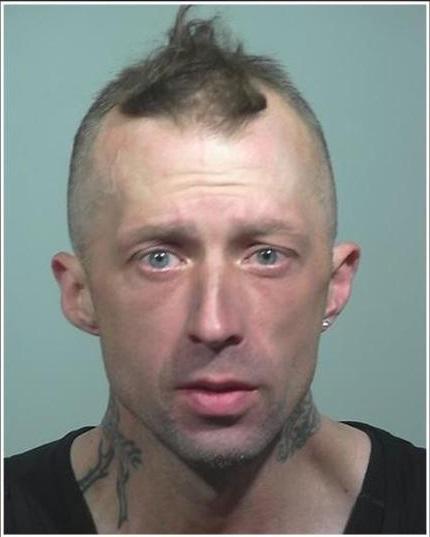 The incident began just before 4:30 p.m. Wednesday, when a witness reported a man was punching and headbutting a woman outside of the Grab & Go Mart on Keim Boulevard in Burlington City.

BURLINGTON CITY — Police across the region are searching for a Maine man accused of beating a woman outside of a city convenience store and leading police on two separate high speed chases in a stolen truck.

According to police, just before 4:30 p.m. Wednesday, a witness reported a man was punching and headbutting a woman outside of the Grab & Go Mart on Keim Boulevard in Burlington City.

According to the witness, the woman had visible injuries and said her male acquaintance had been “beating her all day,” police said. When officers arrived, they saw the couple get into a burgundy Chevy truck and when they tried to pull the truck over, the driver fled at high speeds, police said.

A little over an hour after the initial report, Bordentown Township police spotted the truck pull into the Petro Truck Stop located on Rising Sun Road in Bordentown Township. Officers again attempted to stop the truck, and again the driver fled at a high rate of speed, police said.

Police pursued, and during the chase the driver struck a gray Toyota Tacoma on Route 130 in the area of Ward Avenue. The crash wouldn’t slow the driver down, and police continued to chase the truck onto I-195 west and into Trenton before officers lost track of the truck.

The driver of the Toyota Tacoma was not injured, police said.

Eventually, officers would find the truck crashed in the area of Calhoun and West Hanover streets in Trenton. There, officers were able to rescue the victim, a 34-year-old woman, also from Portland.

The vehicle was determined to have been stolen in Portland, and its license plate was also recently reported stolen in Philadelphia, police said.