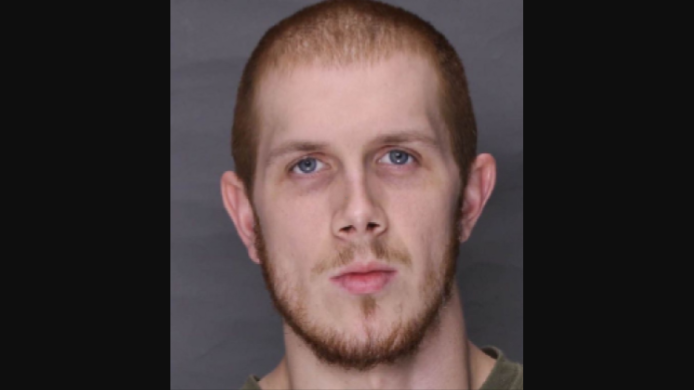 A man is accused of shooting and killing a driver after robbing a gas station in Lancaster County, Pennsylvania, early Sunday morning.

Jones, of Denver, Pennsylvania, was at a Sheetz store on Route 322 in Ephrata around midnight on Sunday, investigators said. Witnesses said Jones entered the store armed with a long gun and asked employees to turn on a gas pump.

Surveillance video showed Jones then leaving the store and backing his Chevrolet pickup truck up to a gas pump, investigators said. Jones then put the fuel nozzle into the truck’s tank and drove off shortly after with the nozzle still in the vehicle, disconnecting the hose from the pump in the process, according to police.

Shortly after, Jones then drove near a 68-year-old man inside a Toyota on Cats Back Road in West Earl Township, police said. Jones allegedly forced the man to stop his vehicle and then shot him through the open driver’s side window.

A man on a bicycle near Cats Back Road at the time of the incident told police he heard a gunshot and the sound of a shotgun being racked before seeing the pickup truck drive off.

When police arrived at the scene, they found the 68-year-old man inside the Toyota, suffering from a gunshot wound to the head with his foot on the brake pedal with the car still running and in reverse. The victim was later pronounced dead.

Later Sunday morning, a friend of Jones drove him to his pickup truck which was parked in Farmersville. The friend spotted a rifle in the vehicle and a spent shotgun shell in a cup holder, police said.

Jones was later arrested at his job in Denver, Pennsylvania, around 12:30 p.m.

Jones was arraigned Sunday around 10 p.m. He’s currently being held at Lancaster County Prison without bail.

Police are currently investigating whether or not Jones and the victim knew each other.

Protesters gather in LA after cops shoot and kill a black...