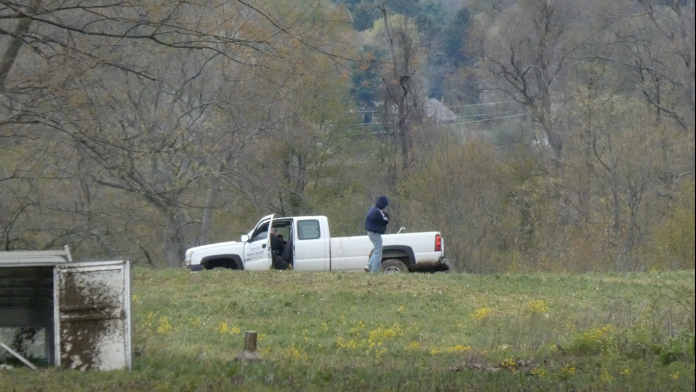 MANSFIELD – Richland County Sheriff’s deputies arrested a Mansfield man who is accused of stealing a county pickup Monday 15 minutes after he was released from the Richland County Jail.

A county employee was placing his lunchbox in his personal vehicle parked next to the county truck when the suspect jumped inside and stole the 2007 Chevrolet pickup at 2:45 p.m. Monday from 55 E. Second St.

Christopher Honneycutt, 25, of 246 Davis Road, had just been released from jail at 2:30 p.m. Monday on a misdemeanor disorderly conduct charge, according to the sheriff’s office.

Honeycutt was returned to jail by Mansfield police.  Photographs were taken as well as DNA from the steering wheel and gear shift of the vehicle.

Mansfield police also filed a report for fleeing and eluding, according to the sheriff’s office.

According to the sheriff’s report, Honeycutt is charged with theft, a felony of the fourth degree.

Earlier Thursday, in a separate incident at the Speedway on U.S. 42, Lexington Police Department stopped a vehicle reported stolen Saturday from a resident on U.S. 42 near Lexington in the jurisdiction of the Richland County Sheriff’s Office. The driver was taken into custody. A passenger fled the vehicle on foot.

Based on Product, Application and Region – Jewish Market Reports