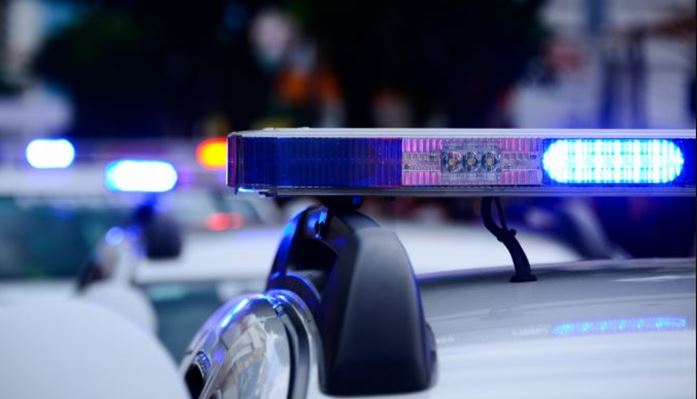 OGDEN, Utah, May 5, 2020 (Gephardt Daily) — An Ogden man was arrested Monday early afternoon after he allegedly hit a laundromat attendant with his truck after kicking down the door of a restroom.

A probable cause statement from the 2nd District Court of Weber County said Donald Hammans, 39, is facing charges of aggravated assault, a third-degree felony; and criminal mischief, a class B misdemeanor.

The arresting officer was called to a criminal mischief complaint in the area of Four Seasons Laundromat, 856 25th St. at 12:15 p.m., the probable cause statement said.

“Dispatch advised that the driver of a white Ford F-150 broke items in the store, hit the complainant with his truck and left the scene,” the statement said. “I observed the truck travel southbound and followed it. After following the truck for several blocks and watching it not obey traffic laws it pulled into the driveway of an address in Madison Avenue.”

The driver of the truck was identified as Hammans.

After being read his Miranda rights, Hammans “admitted to kicking in the bathroom door because it was locked, and he needed to urinate,” the statement said. “He then tried to leave and stated that the victim stood at the bumper of his truck. Donald said he did everything in his power but then made the choice to leave and might have hit the victim with the truck. The tire marks of the truck show Donald maneuvering towards the victim and going into the grass off the curb.”

Hammans was transported to Weber County Jail with his bail set at $5,680.

Chaos reigns as rations get doled out in red zones