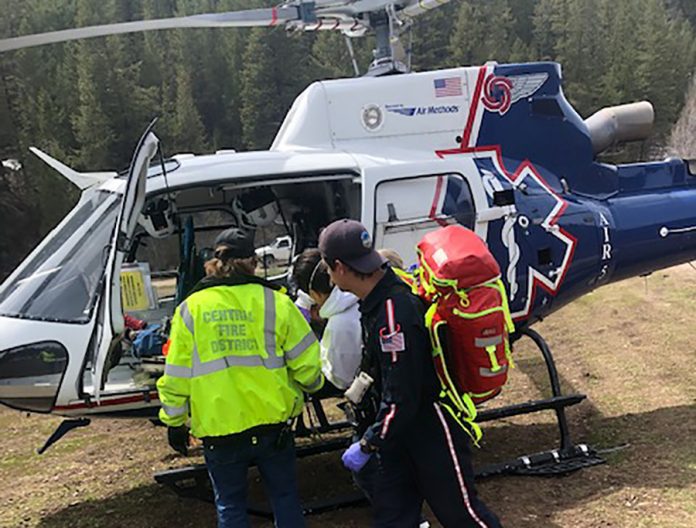 HEISE — A man was flown to Eastern Idaho Regional Medical Center after a pickup truck rolled on top of him.

Emergency crews were called to Table Rock Road in the Heise area Saturday around 2 p.m. for a report of an injured man. Bystanders contacted police for help when they found him trapped under his pickup truck, according to a news release from the Bonneville County Sheriff’s Office.

Deputies learned the man was lying on his back underneath the truck when it began to move and rolled on top of him.

Crews stabilized the man’s injuries until Air Idaho Rescue arrived. He is expected to recover from his injuries.