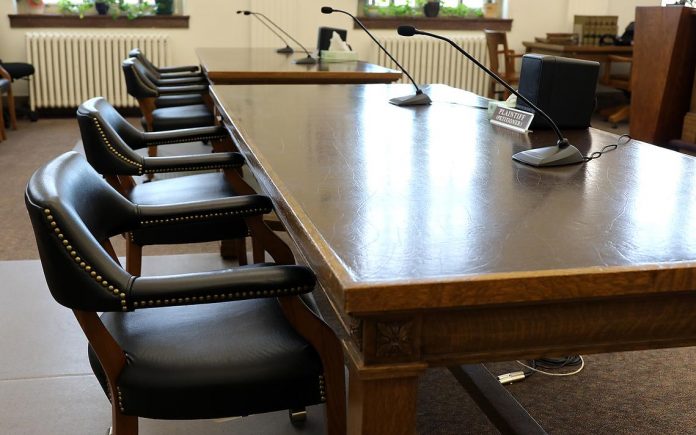 A Green Bay man who was allegedly found unconscious in the driver’s seat of a truck at a Superior convenience store with an open beer bottle in his hand made an initial appearance in Douglas County Circuit Court Friday, July 17.

Superior police officers responded to a report of an unconscious male in a truck at the Krist Station Store at 2821 E. Second St. at about 5:10 p.m. July 16. Witnesses told the officers that they noticed the man slouched over in the driver’s seat with a construction cone under the truck. When they went to check on him, the witnesses said, they noticed the truck was still in drive and shifted the truck to park.

Officer Robert Eastman reportedly called out to the man, later identified as Pooler, about three times then reached inside and turned the ignition off. Eastman called about six more times before the man opened his eyes and lifted his head. Pooler had an identification card, but no driver’s license. Eastman reported seeing an open glass bottle of beer in Pooler’s right hand and smelling a strong odor of intoxicants coming from him. Pooler admitted to having had a few beers and did poorly on field sobriety tests.

According to Pooler’s driving record, he has four prior operating while intoxicated convictions and his driving privileges are currently revoked due to the most recent conviction in 2018 out of Brown County.

An inventory search of the vehicle revealed an unlabeled prescription bottle with a pipe, rolled piece of paper and substance that field-tested positive for marijuana, according to the report.

If convicted, Pooler faces a maximum penalty of 10 years of imprisonment and a fine of up to $25,000 for the fifth-offense operating while intoxicated charge. His next court appearance was set for July 27.

Jackalope Cellars offers curbside wine pickup out of the back of...