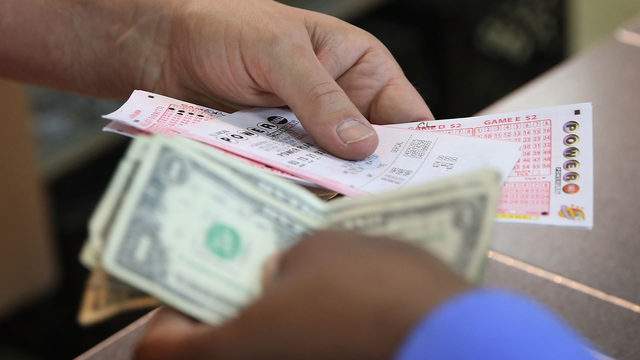 On March 18, Andrew Parrish, a small business owner, was driving home from work when he stopped at Han-Dee Hugo on U.S. 22 Business in Randleman.

“I just got off work and stopped to get some pork rinds,” recalled Parrish. “I had $6 dollars left and thought, ‘Well go ahead and give me two Powerball Power Plays.”

A week later, he stopped by the same BP once again and checked his numbers.

His $3 ticket matched numbers on four of the white balls and the Powerball for $50,000. THen, the 4X Power Play multiplier was drawn launching his prize to $200,000.

He says his wife couldn’t believe it.

“She kept telling me quit messing with her,” said Parrish. “By the time she got home, my son and I had realized how much we’d won and I told her over the phone before she got home and she just bawled. She cried all the way home.”

Parrish picked up his prize Monday in Raleigh and left with $141,501 after taxes.

He plans to use his prize money to pay off bills and his daughter’s car, and maybe buy himself a new truck. After that he said he plans to “stick the rest in the bank.”

The global market for Tires is forecast to reach 2. 7...