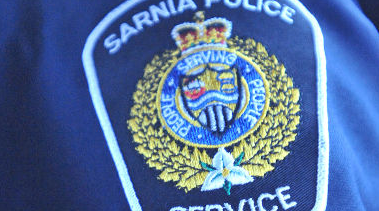 A 37-year-old man was charged with impaired driving and making death threats during an incident Friday evening in Bright’s Grove, says Sarnia police.

It’s alleged a motorcyclist narrowly avoided being hit by a pickup truck that went through a red light at Waterworks and Lakeshore roads at about 7:45 p.m.

After that, it’s alleged the driver of the pickup went to a nearby plaza, stopped for pizza and while walking through the parking lot threatened to kill a teenager and take his car, police said.

The driver of the pickup is alleged to have left the plaza driving in an aggressive manner, nearly hitting vehicles and pedestrians, and drove south on Waterworks at a high speed, weaving from lane to lane, before stopping at a residence on Michigan Line, police said.

It’s alleged a breath sample indicated the alcohol in the driver’s system was more than twice the legal limit, police said.

Toddler gets out of California home unnoticed, is struck and killed...