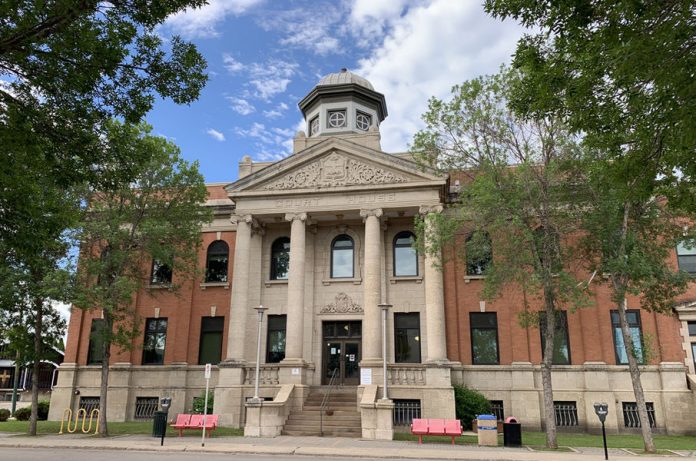 A man pleaded guilty on Thursday to falsely claiming to be Métis to justify illegal ice-fishing near Crow’s General Store and using a barbed hook last winter.

Nathan Kennedy, who represented himself, pleaded guilty in Brandon provincial court to two offences under the Fisheries Act; obstructing or hindering a fishery officer carrying out duties and placing fishing gear in water or along a beach during closing time.

The charges stem from a Feb. 21 incident along the Assiniboine River near the east-end attraction in Brandon.

Crown Attorney Ron Toews told the court that at approximately 5:30 p.m. a Manitoba Conservation officer was conducting angling patrols when he saw Kennedy fishing near a red ice-fishing tent. The officer saw a number of fishing lines — four outside the tent and two more inside.

Kennedy then went back to his truck, which was parked the parking lot, while the officer inspected the fishing lines, Toews said, adding the officer found barbed hooks on the line.

When Kennedy returned he said he didn’t have the harvester card with him but his girlfriend could bring it later that evening, Toews said. The officer told him to pack up his fishing gear until he could prove he held the card, or purchase a fishing licence.

Toews said Kennedy then remembered he had a valid angling licence with him and was allowed to continue fishing with two lines. He was given a deadline of three days later to produce his harvester card.

By early March, Manitoba Conservation hadn’t received proof that Kennedy had a valid harvester card, so the officer contacted the Manitoba Metis Federation to inquire. They didn’t have a record of Kennedy on file as either a citizen or harvester.

The officer then contacted Kennedy by phone, who hung up when questioned about his membership with the federation.

Toews said Kennedy “falsely claimed” the rights of Métis people while fishing and “persisted with the deceit” to Manitoba Conservation officers in an attempt to get out of legal problems.

“I think the message needs to be sent to Mr.Kennedy and anyone else who is going to falsely use protected Indigenous rights for their own personal benefit that there will be a significant financial cost,” Toews said.

Kennedy didn’t say anything in his own defence during his guilty plea.

Judge Donovan Dvorak said he was concerned that someone would falsely claim Indigenous heritage in an attempt to skirt blame.

“These are rights that are sacrosanct and people shouldn’t be claiming them if they don’t have the authority to do so,” Dvorak said.

Kennedy received a $52 fine for using barbed hooks and a $750 fine for obstructing the conservation officer.