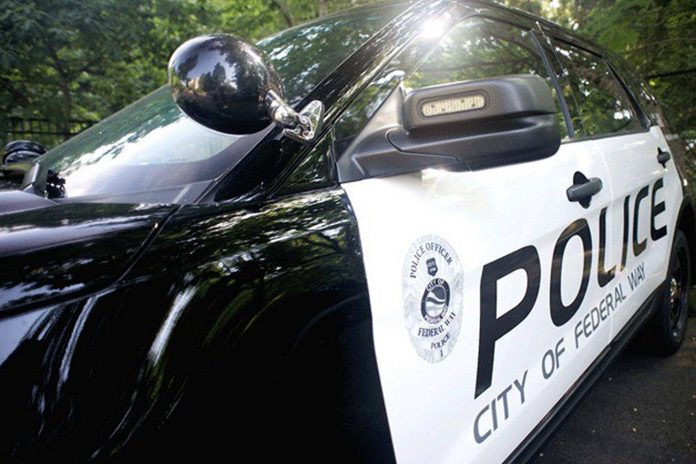 Stolen wallets: At about 1:30 p.m. near the 34503 block of 9th Avenue S., two employees of St. Francis Hospital reported their wallets had been stolen between 10-11 a.m. The victims’ credit cards were then fraudulently used at various locations, totaling a potential loss of $15,000. This case is active.

Faking illness: At about 3:04 p.m. near the 31830 block of Pacific Highway S., police responded to a theft. The suspect stole items from the business and was located by police nearby. The store did not wish to pursue theft charges. The suspect had an unverified warrant for escape out of the Department of Corrections. When the suspect was taken into custody, he repeatedly faked an illness and pretended to pass out multiple times. South King Fire crews medically cleared the suspect. The suspect was transported to SCORE Jail, but the jail declined the suspect due to his behavior.

Wide open garage: At about 11:38 a.m. near the 2200 block of S. Star Lake Road, the reporting party stated someone broke into his garage where he was storing property. The suspect opened the garage by unknown means, possibly with a remote opener. There was no damage to the garage. The reporting party stated he was last working in the garage the night before about 5 p.m. and had closed the garage door. In the morning, maintenance personnel told him in the morning that his garage door was wide open. The reporting party is missing a set of golf clubs, a trolling motor with battery and charger, and various boating supplies worth about $2,000 in total. There is no suspect information at this time.

Stolen diamond necklace: At about 3:48 p.m. near 1907 S. Commons, an unknown suspect stole a necklace with a diamond pendant valued at $7,000 from Treasure Island Jewelry at the Commons mall. The reporting party gave the necklace to the suspect to try on after he expressed interest to buy it. The suspect then ran away with the necklace without paying for it. Case is inactive pending further developments and security footage.

Robbery at book store: At about 4 p.m. near the 31325 block of Pacific Highway S., officers responded to the Barnes & Noble store for reports of a strong-arm robbery. The suspect was later located and booked on the charge.

Attack on medical worker: At about 1:44 p.m. near the 3000 block of 13th Place S., the suspect attacked a medical worker, assaulting the worker by placing him in a headlock and punching him in the head and face multiple times.

Stolen sneakers: At about 5:27 p.m. near the 28700 block of 18th Avenue S., a burglary occurred from a garage unit at the apartment complex. Approximately 20 pairs of men’s shoes in sizes 10-11 were stolen. The value is estimated to be more than $2,000. Two male teens were seen in the area, but there is no further suspect description available. No obvious signs of forced entry into the garage unit.

Drunk, not dead: At about 10:40 a.m. near the 34400 block of 16th Avenue S., officers responded to multiple reports of a dead man laying in the grass. Upon arrival, officers contacted the man and found him to be highly intoxicated. The man smelled of alcohol, and his eyes were red and glassy. The man couldn’t tell officers where he was, and he also fell over while attempting to stand. The man was involuntarily committed.

Video message threat: At about 11:06 a.m. near the 36002 block of 14th Avenue SW, the victim reported to have received photographs of dead people from a suspect. Some of the bodies in the photos were dismembered. The suspect then sent a video message while wearing a mask and holding a semi-automatic pistol. The suspect stated he would kill the victim and his family if the victim didn’t send money to the suspect. The victim does not know the suspect. This case is under investigation.

Injured baby: At about 12:36 a.m. near the 28625 block of 25th Place S., officers responded to Seattle Children’s Hospital to investigate injuries sustained by a baby. The story the mother told the hospital staff was not consistent with the injuries sustained by the baby. Both the baby and the mother’s other child were taken into protective custody.