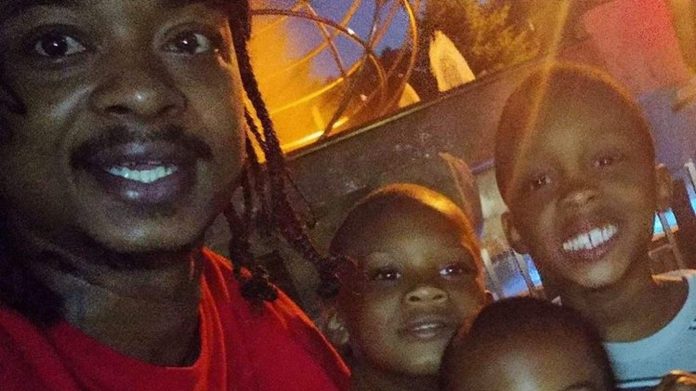 Afghanistan was hot. An almost indescribable amount of heat meant that you were constantly sweating as everything you wore became soaked so that you were never truly dry. I was there in 2014 as part of, what we thought at the time, was the U.S.’s withdrawal from the country. The unit I was a part of had the impossible task of maintaining the operation of Camp Bastion’s flight line, providing all the logistics that kept the aircraft and crews happy, while also keeping them safe.

Contrary to public assumption — and most recruiting commercials — the U.S. Marine Corps isn’t made of just infantry and aircraft units. There is a whole ecosystem of support jobs that keep everything moving. My job was one of the less glamorous. I maintained air conditioners and refrigerators. And the unit I was assigned to wasn’t all that exciting, either. We were a support squadron of the aircraft squadrons. We did not have any aircraft to maintain. Rather, we were supplied all the less glamourous logistics for the units that did fly.

Part of that logistic support was security. After the disastrous 2012 attack that killed two Marines and destroyed millions of dollars of aircraft, the airfield, which was nested inside the larger base, was subject to increased security protocols, limiting access to only those who had business there. This meant that in addition to doing our daily jobs, we would also be tasked to stand post at the entry points for the flight line or be on standby as a quick reaction force in the event someone breached the base fence and made the 1-kilometer trek to the flight line.

Occasionally, certain Marines were assigned to a longer-term security assignment. Being assigned to this meant you would not be doing your regular job at all. Rather, you would be assigned to stand a rotating medley of security posts for 12 hours a day.

It was here that I found myself during the summer, stuck on the day shift in the sweltering sun.

As part of pre-deployment training, we were drilled on the procedures of what to do at an entry point. Tell the person to stop, cognizant of the fact that they probably didn’t speak English, so hand signals and patience were prioritized. Once they stopped, pat them down and use a metal detector to ensure they didn’t have anything dangerous. Since our unit was only going to be policing internal checkpoints, we didn’t need to worry about vehicle-borne explosives or harder to conceal rifles. We were worried about knives and handguns or other improvised weaponry.

Occasionally, base intelligence would get wind of something it didn’t like and order the base to enter a heightened defensive posture. This happened once while I was assigned to the unforgivingly hot 12-hour post. It didn’t happen during the day, of course, it happened in the middle of the night. Another Marine and I found ourselves hustled out of bed to don our gear and provide overwatch protection. We were about 50 yards from a hastily constructed entry control point that was stopping traffic on the road rather than at the normal entry point. We overlooked the road on a natural hill, so we ended up looking down on the vehicles being stopped. We watched as truck after truck, backlit by the moon and unnatural floodlights, was stopped and searched.

The first few presented no issues. The drivers, though confused by the existence of the control point, cooperated without issue, happily turning over their identification and proper permits to the corporal in charge. But then an issue arose. The paperwork for one of the drivers wasn’t in order. He was missing something, and suddenly everyone was on edge. As the corporal called for a supervisor, the driver knew something was wrong. This stop was taking far longer than any other truck ahead of him. The Marines staring at him were tense. The driver, a man from India, whose job was to do what American’s would not, namely clean portable bathrooms, was drained of all color, looking whiter than the moon.

As luck would have it, the truck he was driving was older, rickety and poorly maintained. He was asked to step out of the vehicle and when he engaged the parking brake, the truck lurched forward. Suddenly, every Marine, myself included, brought our rifles up. The driver, now faced with six different muzzles pointed at his chest, used what every strength he had to raise his hands above his head.

The tension lessened as we realized what had happened. The driver, who was shaken and no doubt scared for his life, fell out of the truck on to the ground. Our supervisors arrived and double-checked the paperwork. There wasn’t an issue after all. The permit had been issued using the European dating system, day-month-year, rather than the American one, month-day-year.

Looking back to that incident six years later, I am reminded of why we didn’t open fire that night. As part of pre-deployment training, we had to memorize the rules of engagement. Before firing our weapons, we had to have positive identification of our target and that target needed either to show a hostile intent, an example of which would be leveling a weapon at someone, or the target needed to show a hostile action, such as firing a weapon at someone.

That night, despite the fact that we were all on edge, despite being fatigued from spending all day in the hot sun, despite the fact that each Marine that night carried 180 rounds of ammunition and had training in how to shoot a hostile target, the six of us came to the same conclusion: The driver was scared and made a mistake. It wasn’t hostile, it was human.

As yet another video emerges, as yet another community is in mourning, as yet another unarmed person is shot by police — this time in Kenosha — I think of that night. The six Marines all decided that the driver of a large truck located in a war-torn country, where we would awaken to rocket attacks and the sound of gunfire, was not a threat. Somehow, police officers in Kenosha thought an unarmed man reaching into a vehicle was such a threat that he deserved to be shot multiple times in the back as his small children sat in the back seat. And that is a damn travesty.

Robert Maniak of Waukesha is a third-year law student at Marquette University Law School and served on active duty in the United States Marine Corps from 2011-2015. He wrote this commentary for the Law School’s faculty blog.