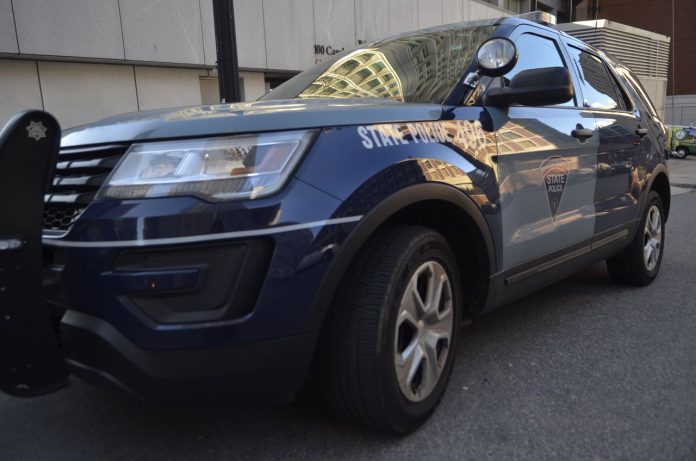 Massachusetts State Police are searching for a 32-year-old Dorchester man accused of dragging a trooper with a pickup truck Tuesday night, authorities said.

The trooper walked up to a 2019 Dodge Ram near a Mobil gas station on Route 140 in Taunton around 8:17 p.m., state police said in a statement.

The car, which had a New York registration, suddenly drove away, pulling the trooper, who was at the side of the vehicle “and in the process of taking enforcement action,” according to the statement.

State police did not specify why the pickup truck was stopped by the trooper.

“The trooper was briefly dragged for a short distance before coming free from the truck,” the statement said. “The truck fled the scene.”

The officer suffered minor injuries but continued to work his shift, according to state police. He helped state police Tuesday night with the search for the Dorchester man.