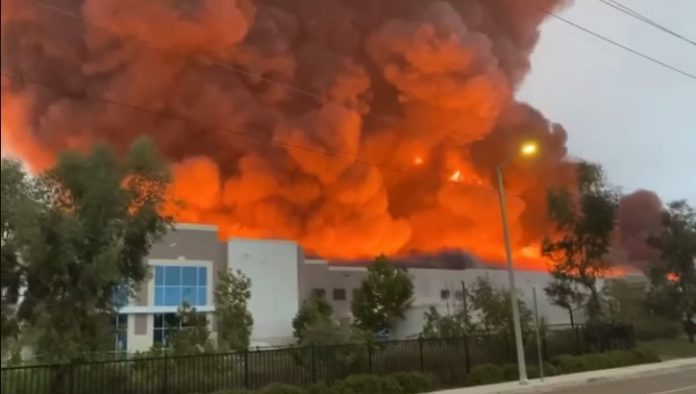 Firefighters battled a massive fire at warehouse early Friday morning in Redlands that prompted the closure of part of the 10 Freeway.

The blaze, on West Lugionia Avenue near California Street, was reported just before 5:30 a.m.

Amazon’s big-rig trucks caught fire as well. Fire officials said the facility was the online retailer’s but that has not been confirmed.

Amazon representatives did not immediately return requests for comment.

Large clouds of smoke could be seen shooting from the building’s roof and into the sky.

It was not immediately known what caused the fire. It was unclear if there were any injuries.

This is a developing story. Please check back on updates.

Latest updates of Coronavirus (COVID-19) and its Impact on Mining Tire...