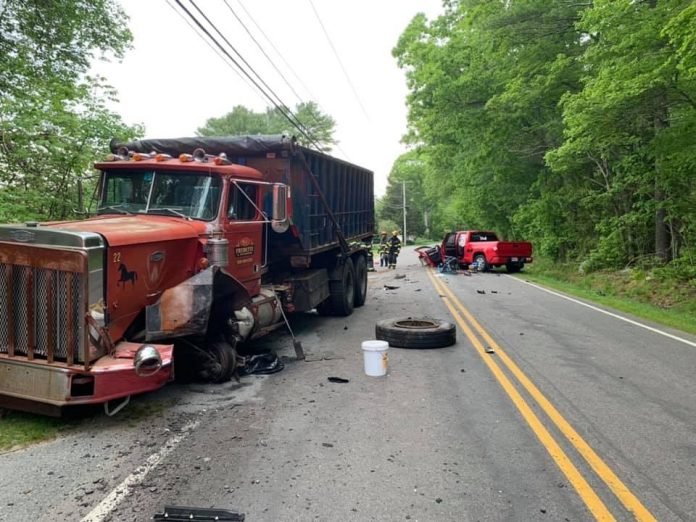 MATTAPOISETT – Mattapoisett Fire & Rescue responded to a an accident involving a 10-wheel dump truck and a pickup truck on North Street this afternoon in which the pickup truck driver was trapped.

Mattapoisett Fire & Rescue quickly extricated the pickup truck’s driver, according to its Facebook page, using the Jaws of Life. The driver was treated by EMS.

Due to the amount of fluids that were released by the accident the Massachusetts Department of Environmental Protection was notified and responded, according to the post.

Chief 1, Engine 1, Engine 4, and Rescue responded to the scene.