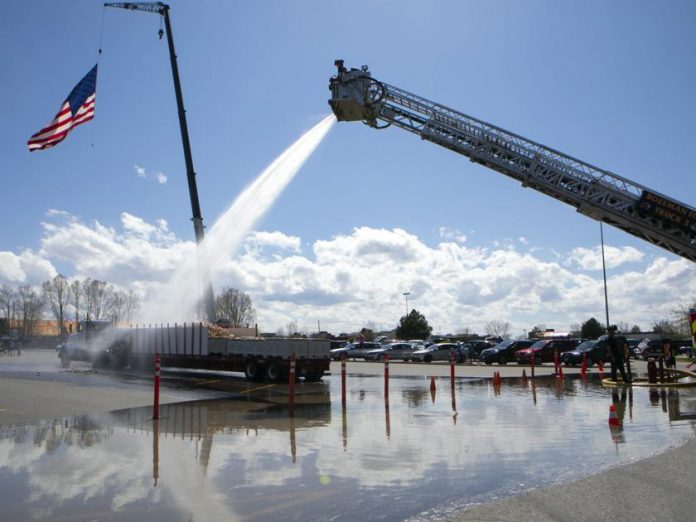 Troy Dorrell picked up some potatoes from a friend’s farm a few weeks ago. Then he picked up more for some of his friends. He could take as many as he wanted, because of decreased demand for potatoes.

As Dorrell discussed the situation with his friends, they thought they could do something productive with the surplus.

Dorrell’s friends told him, “We got to do something more than this. We got to try to give these away to people in need.”

Dorrell and his wife, Lorena, organized the Friends Helping Friends giveaway, scheduled for 10 a.m. to 5 p.m. Saturday and Sunday at the Gallatin Valley Mall parking lot. They’ve collected 50,000 pounds of potatoes, 10,000 pounds of ground beef and 10,000 pounds of canned goods to give out for free.

Troy and Lorena received donations from American Simmental Association, Shepherd’s Heart Ministries, First Montana Bank, Journey Church and several others. The money they gathered went toward purchasing food and all of the potatoes were donated by local farmers.

“It’s amazing how the different corners of our community that support has come from,” Lorena Dorrell said.

A few weeks ago, the Dorrells took part in giving away 10,000 pounds of potatoes. They were initially unsure even if 2,000 pounds would be picked up. Just a few hours later, their entire supply was gone and they needed to bring more loads. After two days, they gave out 25,000 pounds.

They quickly realized how much they could help others and began planning future events. This weekend is their third and biggest yet. The mall let them use the parking lot for free and about 125 volunteers are pitching in.

“I feel like I’m putting together a puzzle,” Troy Dorrell said. “The pieces, people have stepped up to fill in the puzzle.”

The couple normally works in structure moving and has been outside its area of expertise while orchestrating the donations. They said the organization has been like a full-time job in the past couple weeks because of the coordination involved.

Friday afternoon in the mall parking lot, firefighters from the Bozeman Fire Department sprayed a truck full of potatoes with water to clean them off. Two stood atop the ladder and directed the water. Dirt flowed off the potatoes and into the parking lot while more than 50 people spread out and watched.

The truck overflowed as the water’s power knocked some potatoes out of containers and onto the concrete. Once the washing ended, they were picked up and placed back with the others.

It was all in preparation for this weekend’s giveaway as the Dorrells and other volunteers hope to help as many people as possible.

“We don’t want to take any of this home,” Troy Dorrell said.