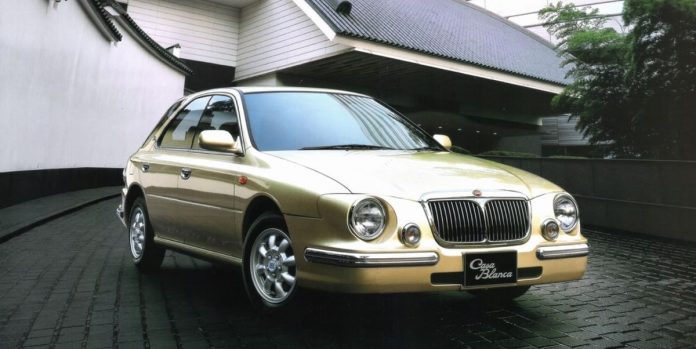 It’s easy to pick out the weird cars from companies like Ford, General Motors or newly-named Stellantis. Those automakers, after all, aspire to produce normal vehicles. With Subaru, it’s more challenging to spot the odd ones, because producing funky off-beat cars is kind of Subaru’s thing. Arguably, that’s one of the reasons their cars resonate so well with their buyers.

Still, there have been a few notably bizarre cars, even for Subaru, to roll into the brand’s dealerships. Here’s the six weirdest ones.

Subaru got in on the mall pickup craze of the late 1970s with the BRAT, a four-wheel-drive Leone wagon with a truck bed cut out of it. It had small, removable glass roof panels for a fetching T-top, and a spare tire mounted in the engine bay.

It also had rear-facing jump seats in the truck bed to avoid the U.S. “chicken tax” on foreign trucks; these were an enormous safety hazard in a rollover, as the occupants’ heads would be sitting above the roofline. The weirdest part may be that Ronald Reagan owned one.

Subaru sort-of revived the Brat with the Baja in the early 2000s. It was an Outback with a truck bed cut out of it; Subaru insisted the truck needed four doors, which meant it only had a three-and-a-half foot bed. To accommodate that, it came with a wonky bed extender and cabin pass-through, which reduced seating capacity to four seats. It also began its life with some horrid early-2000s two-tone cladding.

All that said, the Baja was decent to drive and may have been just a couple of decades ahead of its time.

With the SVX, Subaru tried to build maybe the least “Subaru-y” vehicle in its history: a luxury sport coupe. It had a 3.3-liter flat-six putting out 231 horsepower paired with a four-speed-automatic. Strangely, it came with split side windows where only the bottom portions rolled down; it also had glass covering the A-pillar, to give the impression that it has an all-glass canopy (at least, as seen from the exterior).

While the SVX went for sort of an aircraft-inspired exterior, the XT had a rather unconventional aircraft-inspired cockpit. The centerpiece was an asymmetrical steering wheel that vaguely resembled a gun; it had a digital instrument cluster, and the driver used a joystick to shift. The cockpit and its wedge-like body gave it a futuristic look…one that ended up looking profoundly of its time.

Building a midsize crossover seemed like a natural fit for Subaru. But while the “just make a bigger Forester” route Subaru used with the current Ascent design was available, the brand instead overthought things like mad.

Subaru announced it as the B9X, then became the B9 Tribeca and then finally the Tribeca. It was supposed to be a Saab, too — so Subaru made it generic and un-Subaru-like. Initial models also had a narrow triangular grille that made it look like the Tribeca was perpetually aghast at your outfit.

Couple Gets Married in Front of New Era Field