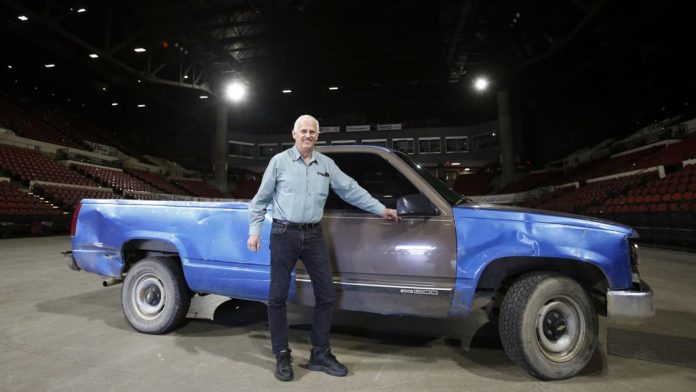 Dutcher said when the tornado touched down, he received a call from a staff member who couldn’t describe the damage to the arena. Flooding in the city kept him from reaching the site to see for himself.

After a collaboration with the governor at the time, the state’s Congressional delegation and local leadership, a $36 million repair fund was set aside to re-roof and repair all of MetraPark. By March of the following year, Dutcher said 220 crew members were working around the clock to renovate nearly every inch of the building.

“I’d give tours of the arena, and in the blink of an eye, an area would be changed,” he said.

Part of that $36 million went toward Twister. Today the truck carries two tones after its passenger-side door and hood were replaced. A staff member christened the truck with the name, and it will remain in service, tornado or not.

Photos: The Father’s Day tornado of 2010

‘It is the highlight of my day’: McKinney boy and trash...