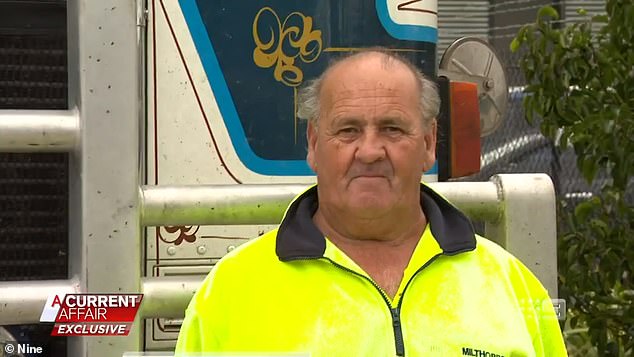 A Melbourne truck driver who travelled almost one kilometre down a busy highway with a car stuck to his bumper has said he was left in ‘shock’ over the incident.

Steve O’Dea was behind the wheel of the semi-trailer that shunted mum Kelly Bubeck’s car along Western Ring Road for about 750 metres on Friday.

The terrifying incident was captured on camera by other motorists who desperately tried to get the driver’s attention as they watched in horror.

Mr O’Dea eventually came to a stop and Ms Bubeck miraculously made it out unscathed. 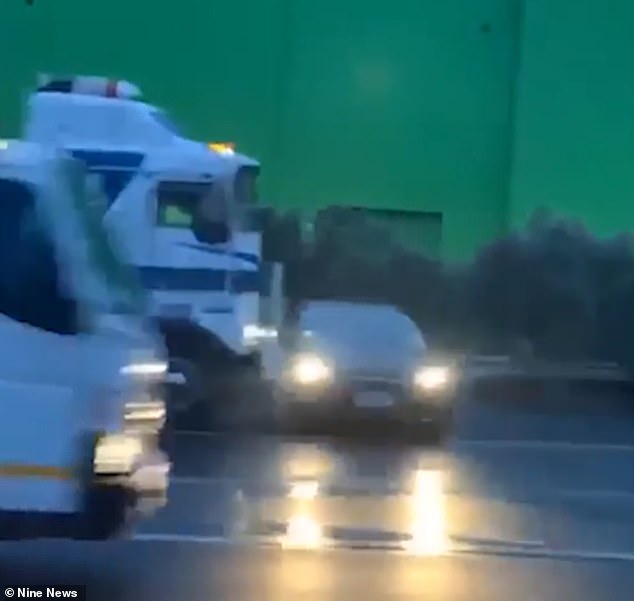 The truck driver has since broken his silence on the ordeal saying he was completely unaware he had been dragging another vehicle for so long.

‘I had 22 tonnes of wool on board. You can’t feel it when you hit something,’ he told A Current Affair.

‘I put my indicator on, checked my mirrors, checked my little mirror through the door and couldn’t see nothing.’

Mr Bubeck, who has been driving trucks for 40 years, said he was ‘in shock’ upon learning what had happened and was ‘sorry.’

Victoria Police responded to the accident and said no offences had been committed.

Neither driver was tested for drugs on the scene.

Ms Bubeck had recalled the horrifying incident earlier, saying she feared in the moment she was going to die. 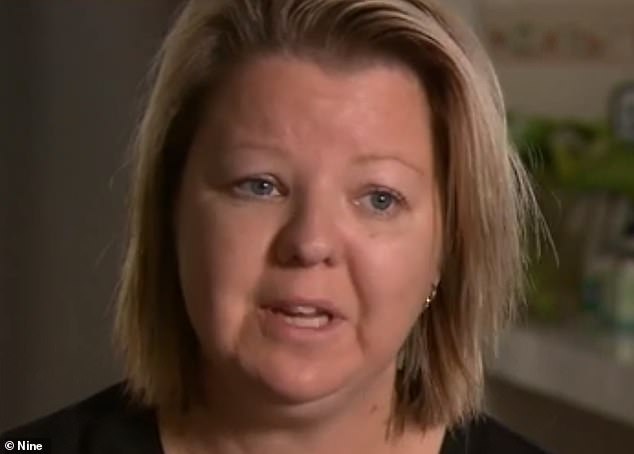 ‘All I’m thinking of is my daughter and my husband,’ she told Nine News.

The aged care worker feared her car was going to go under the truck as she desperately tried to grab her steering wheel to activate the voice control.

She shouted out ‘triple zero’ but the voice control was unable to understand Ms Bubeck.

Other motorists alerted the truck driver to what was happening and he finally stopped his vehicle.

‘When I stopped the car and opened the door and got out, I’m yelling at him ”You nearly wiped me off”,’ she said. 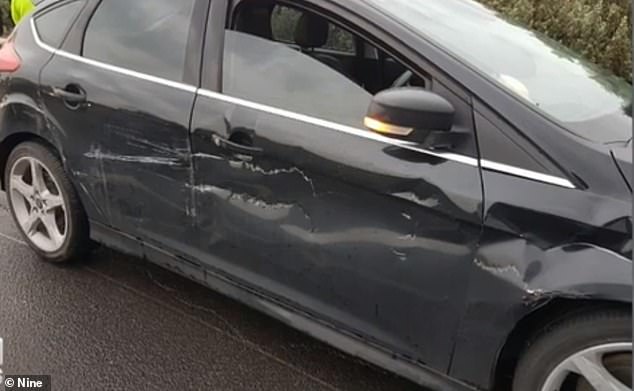 Luckily, Ms Bubeck did not suffer any injuries but is now struggling to claim her $18,000 for her car insurance  (Ms Bubeck’s damaged car)

‘He turned around and looked at me and ”oh, for f**k’s sake!” They’re the only words he said.’

Luckily, Ms Bubeck did not suffer any injuries but is now struggling to claim her $18,000 for her car insurance.

A GoFundMe page was launched to help the Ms Bubeck purchase a new car.

Grant help is on the way for breweries in LA County...