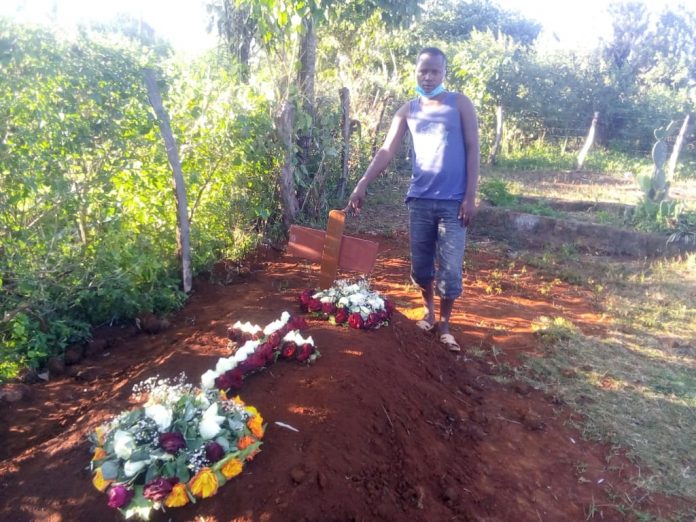 The Meru County Covid-19 surveillance team has been accused of mistreating mourners while enforcing the virus containment rules.

Police and public health officers on Thursday night turned back 31 mourners from Malindi at the Meru-Tharaka-Nithi border.

Mr Charles Mwenda, who lost his wife to cancer last week, accused the officers of treating the mourners badly.

But Meru County Commissioner Allan Machari earlier said Mr Mwenda was facilitated to transport his wife’s body home after the bus they bus they had travelled in was barred from entering the county.

Mr Mwenda claimed that the mourners were barred from entering Meru County despite having Covid-19 negative clearance documents and other relevant travel permits.

“We arrived at the Keeria border checkpoint at 11pm Thursday where police stopped the bus and ordered all passengers out of the bus. After a lengthy discussion, all my relatives and friends were forced back to Malindi. I was left alone with the casket which was offloaded from the bus and put in a police car,” Mr Mwenda told Nation.

He claimed that the officers abandoned him with the casket at Kianjai Police Post where he spent the night before a friend picked him at 6pm the following day.

“The body of my wife was offloaded from the police vehicle and put by the road. They refused to take me home which is five kilometres from the post. Since it was raining, I had to put the casket under a lorry at the station,” he said.

He was also been ordered to self-quarantine after burying his wife on Friday.

Ms Gakii Mbui, a family friend condemned the incident which she said left the widower traumatised.

“The young man has been undergoing difficult times after his wife was diagnosed with cancer two years ago. He has been left with a six-month-old baby. This kind of treatment added to the trauma that he has undergone. Even as we fight the coronavirus, we must be humane,” Ms Mbui said.

Meru Assembly Majority Leader Victor Karithi also condemned the incident. However, the county commissioner had earlier said the mourners had not adhered to Covid-19 containment rules.

“It is worrying that the 31 people were allowed to travel for a burial yet it is known that only 15 people should attend public gatherings. Our officers will ensure the burial takes place under laid down rules,” Mr Machari said.

“They were using a letter by a Kilifi Sub-County Police Commander to secure passage along the way. However, they never took a Covid-19 test as advised by the ministry of health. We could not allow them to risk the lives of Meru residents,” Dr Inanga said.

Dr Inanga said the County Covid-19 surveillance team had tightened restrictions on those entering Meru after a truck driver tested positive while in Maua.