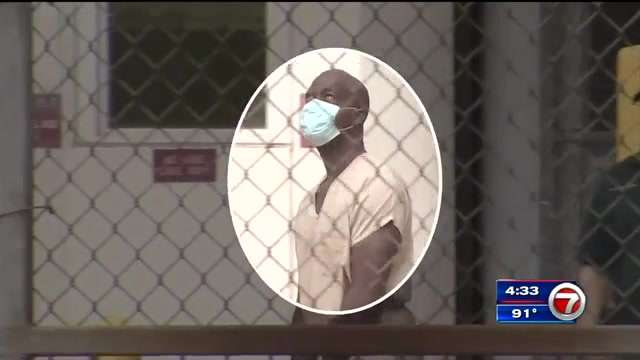 HOLLYWOOD, FLA. (WSVN) – The man who was arrested in connection with a mother’s disappearance in Hollywood faced a judge, as prosecutors and investigators revealed more evidence against him.

7News cameras captured Shannon Ryan as he left the Broward County Jail in handcuffs to attend his federal court hearing on Friday.

The suspect, referred to by prosecutors as “the wandering witch,” is suspected of killing 21-year-old Leila Cavett and is accused him of kidnapping her 2-year-old son Camdyn.

Ryan, 38, addressed Cavett’s disappearance in a video he posted to Facebook.

“We have a missing woman, and I gave the police everything that I know,” he said in the Facebook video.

Ryan said he last saw Cavett at a RaceTrac gas station in Hollywood.

“It’s some guys in a car that she’s talking to. Leila got her and her son and got in the car with those guys,” he said.

However, according to the FBI, Cavett came down to South Florida from Georgia to see Ryan. Agents said he pratices witchcraft, and he needed an apprentice.

Cavett arrived in South Florida July 25. Surveillance video shows her arriving at the RaceTrac in her white truck.

Investigators said Cavett met with Ryan, who was in a Lexus sedan. They then dropped off her truck at a Walmart located next to the gas station, and they left in the suspect’s car.

Authorities said Ryan is homeless, so they believe he and Cavett spent a lot of time in their vehicles.

A short time later, surveillance video showed the missing mother getting out of Ryan’s Lexus at the gas station and going into the convenience store, where she is seen standing in line.

Later than night, she returned to the store carrying her son. Officials said this is possibly the last time she was seen alive.

According to FBI agents, she stopped using her cellphone and her credit cards, and she was never seen again.

The next morning, Camdyn was found wandering alone in an nearby apartment complex, wearing only a T-shirt and a diaper.

The FBI said Ryan admitted being at the same complex.

The next day, investigators said, Ryan was seen on Walmart surveillance video purchasing trash bags, duct tape and carpet refresher. That same while powder was found in Cavett’s truck and his Lexus.

Investigators said Ryan was also seen dumping lots of trash at a dumpster next to the RaceTrac that was later taken away as evidence.

Agents said they found blood in both vehicles, along with a bloody shovel and an empty bottle of alcohol.

According to police, a Google search on Ryan’s phone showed: “What day does commercial garbage pickup for Hollywood, Florida,” and “Does bleach and alcohol make chloroform.”

Cavett is presumed dead. Her body is still missing.

Authorities urge anyone with information about this case to call 1-800-CALL-FBI or go to fbi.gov/tips. A $10,000 reward is being offered.

Police in Tampa Bay get millions in military gear. Do they...

Teens lead deputies in 100+ mph chase from Covington to Madisonville...