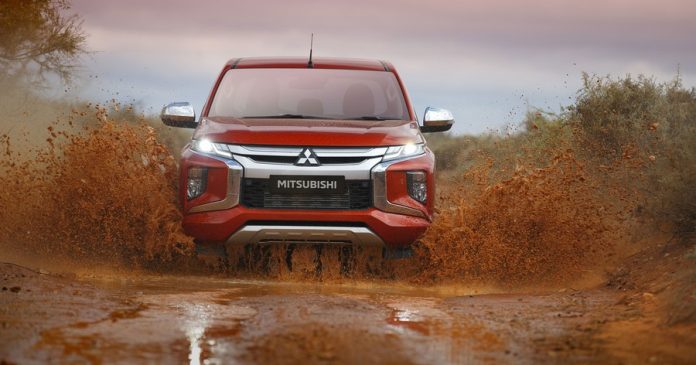 AS I’ve observed on these pages before, there’s no class of vehicle which was upped its game more over the last few years than the humble pick-up, writes William Scholes.

These have become progressively more car-like not only in how they are equipped but in how they drive.

Now, let’s be clear – no two-tonne, 5.3 metre-long truck with leaf springs at the back and a ladder-frame chassis is ever going to drive with the vim and refinement of a Ford Fiesta or Volkswagen Golf.

But the latest breed of pick-ups are far easier and less intimidating to drive than you might imagine if you’ve never sat in one before.

That they can do a reasonable impression of a car – though maybe a slightly rough-around-the-edges last generation SUV is more accurate – is rather impressive given the fact that any pick-up worth its salt must prioritise being able to do proper pick-uppy things.

These days, that means being able to pull a 3.5-tonne trailer, carry more than a tonne in its load bed and offer genuine off-road ability.

Durability and low running costs – these are usually commercial, working vehicles, remember – are also an important part of the checklist pick-up users carry around in their heads.

Little wonder, perhaps, that on paper they can all seem rather similar; no wonder it is such a competitive market.

But another perennially popular pick-up is the Mitsubishi L200.

As with the Toyota, the L200 feels like it has been around forever.

The truck Mitsubishi will sell you today is the sixth generation of a line that stretches back 40 years, in which time they’ve sold almost 5 million examples all over the world.

The L200 is big business for Mitsubishi in the UK market, where it accounts for around a third of sales, a figure which also represents just under half of all L200’s bought in Europe.

Spend a bit of time with one, and it’s easy to understand the appeal.

For a start, it’s probably even easier to drive than a Ranger. Where the Ford feels vast and airy up-front – no bad thing, to be clear – the Mitsubishi has a cabin that feels more car-like.

Or as car-like as something that puts you eye-to-eye with van drivers can feel, at any rate. The top of the bonnet sits reasonably high in relation to your seating position, for example, which helps make the L200 easy to place on the road because this arrangement more closely mimics that of a passenger car.

These days the L200 comes with a 2.3-litre four-cylinder turbocharged diesel engine. Its outputs are fairly par-for-the-course – there’s 148bhp of power, which is adequate.

Compared to the previous generation L200, Mitsubishi has beefed up the stiffness of the chassis and fitted new suspension dampers and springs at each corner. The positive effects are immediately apparent. As pick-ups go, the L200 is about as smooth as you will find

More importantly given the vehicle’s workhorse credentials is 295lb.ft of torque. My test car came with a six-speed automatic gearbox; a six-speed manual is also offered.

This combination of engine and gearbox proved to be more than acceptable, and emphasised the L200’s ease of operation.

Pick-ups of old were tail-happy, evil-handling, crude and unpredictable brutes. Those tendencies have mostly been eradicated across the market but the Mitsubishi merits praise for just how refined – if you can believe it – it manages to feel on the road.

Compared to the previous generation L200, Mitsubishi says it has beefed up the stiffness of the chassis and fitted new suspension dampers and springs at each corner. There’s an independent suspension set-up at the front while at the back a pick-up appropriate leaf spring is found, though with a greater number of leaves than before.

The positive effects are immediately apparent. As pick-ups go, the L200 is about as smooth as you will find.

It even handles with far more aplomb than you might imagine – a far cry from the skittish feeling that unladen pick-ups of old always had – and the brakes and steering feel up to the job too. It’s no hot hatch but nor does it ever feel like it’s going to throw you off the road or run out of brakes.

No pick-up truck ever feels wieldy – compared to ‘normal’ cars they are just too big – but the L200’s turning circle, which is just under 12 metres, makes it one of the easiest to manoeuvre.

As with passenger cars, pick-ups can now be had with a full set of safety kit. In the L200’s case, this includes the 360-degree camera found on my Barbarian X test vehicle, forward collision mitigation, blind spot warning, lane-change assist and rear cross-traffic alert.

Any self-respecting pick-up these days has to have a proper four-wheel-drive system, and Mitsubishi can stake a decent claim to being the best of the bunch.

Unlike the vast majority of SUV owners, pick-up drivers tend to make regular use of the enhanced traction on offer – for example, when pulling a heavy trailer, crossing a field or visiting a building site.

The L200 can drive in four-wheel-drive mode at any speed. It can also be switched between rear-wheel-drive and four-wheel-drive up to 62mph – it is, says Mitsubishi, the only pick-up in the ‘one tonne’ class with a low-ratio transfer case that can do this. There’s a locking differential too, plus electronic traction and stability control systems to keep things moving.

The L200 is a likeable, easy-going big truck and further evidence that pick-ups are becoming ever-more car-like

Additionally, the top-of-the-range Barbarian models get hill descent control and an ‘off-road modes’ system; this gives the driver specific settings for gravel, mud and snow, sand and rock. It ought to be pretty much unstoppable, in other words.

The L200 range starts with the ‘4Life Club Cab’ model, which is very much aimed at commercial users.

As you move up the range, from Warrior and Trojan towards Barbarian, equipment levels start to more closely reflect what you might expect in a contemporary upmarket car.

The double cab layout gives car-like accommodation, too, and by the time you reach the full-fat Barbarian X model, a world of leather trim, mood lighting, heated seats, USB sockets and much butchness is yours.

As ever, its sheer size and focus of purpose will mean that a pick-up, even one as broadly talented as the L200, is just too compromised for most people to consider as their main vehicle.

But if you need to pull a trailer and can take advantage of a proper 4×4 system, the L200 should definitely be on your check-list of ‘lifestyle’ pick-ups – especially if the tax benefits compared to a similarly large SUV are relevant to you.

Pick-up truck crashes into Juice It Up in La Quinta