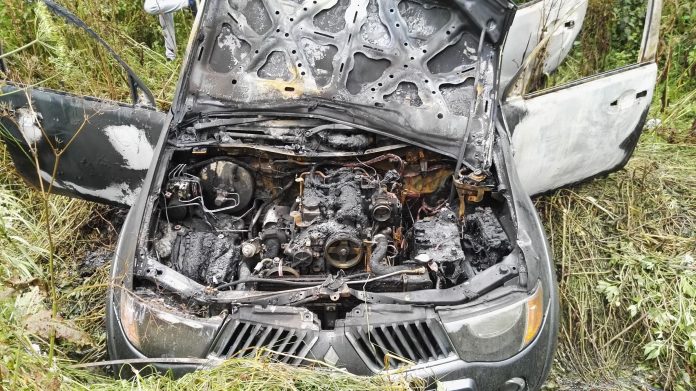 DRAMATIC pictures have captured the aftermath of a vehicle fire in Radcliffe.

A Mitsubishi Warrior pickup truck was discovered off Higher Ainsworth Road in the early hours of last Thursday morning.

Photos taken of the burned out truck reveal extensive damage to the entire vehicle, caused by the flames.

The vehicle’s engine compartment had been completely incinerated. And, likewise, the cab had been utterly consumed.

All combustible material from the interior and dashboard appears to have burned away, leaving only the scorched metal work, chassis and wiring visible.

At the rear of the truck, the cargo bed had been reduced to a wreck of warped plastic, dotted with the charred remnants of its load.

An eyewitness also reported that trees and bushes in the surrounding area had been scorched by the fire.

Firefighters from Bury Fire Station confirmed that they attended the scene at 4.16am on July 16.