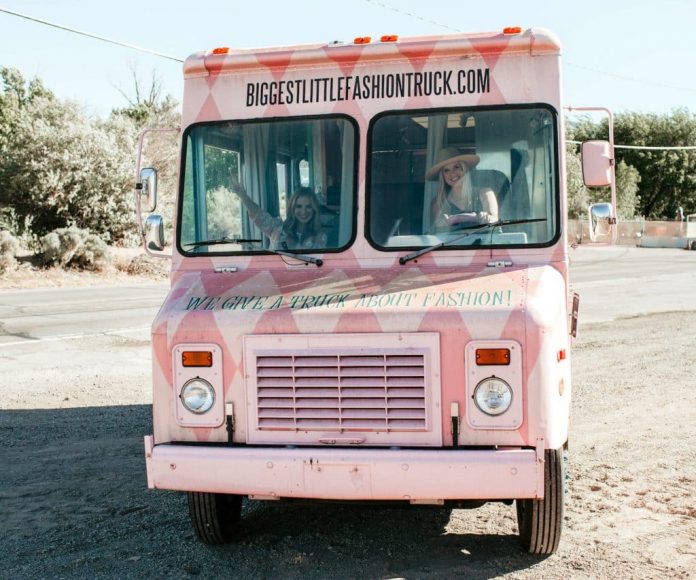 In early 2018, Carson City native Laura Burns, a disabled Navy veteran, was waiting to get her blood drawn at the VA hospital in Reno when she was struck with a business idea.

The “aha” moment came as Burns watched an elderly veteran in a wheelchair, who was driven to the lab by a friend, get pushed into the waiting room.

“I just remember seeing the struggle the two had,” Burns recalled. “The struggle for the person trying to push the wheelchair, and how difficult it was for the patient to move their arms. It just looked really uncomfortable.

“And it just hit me: wouldn’t it be great if someone could come to their home to draw their blood?”

Burns, who happened to be a licensed phlebotomist and instructor of phlebotomy at Carrington College in Reno, decided she could be that person.

Later that year, despite skepticism from some peers that there wouldn’t be demand for a mobile blood-draw service, Burns launched Lifeblood Mobile Labs, serving Carson City, Minden, Gardnerville and South Reno.

“A lot of people I know that do blood-draw would tell me, ‘there’s no way anyone’s going to want to pay for this service, it can’t be done,’” Burns said. “I just said, I really, really believe in this. I think it will work.”

It has. Burns quickly found a demand in assisted-living facilities, and through the power of word-of-mouth and social media, her business grew.

And little did Burns know, the demand for a mobile blood-draw service would be even greater two years later, in 2020, with the world crippled by the coronavirus pandemic.

Burns said her mobile business stalled in March and April due to people canceling their doctor appointments; therefore, the volume of blood tests plummeted. However, as teleconferencing appointments increased, she said her revenue has more than doubled since May.

“People want to social distance, and a laboratory is not necessarily where you meet the healthiest of people,” said Burns, whose vehicle serves as a “mini-lab,” with a centrifuge to process the specimens and coolers to store them. “It’s definitely proven that providing this service has not only helped people with busy schedules or mobility and transportation limitations, but for those impacted by the pandemic who believe social distancing is critical to their health.”

Indeed, in the COVID era, a mobile business has its benefits over a brick-and-mortar store. From retail shops to restaurants, COVID forced doors to be closed, staffs to be laid off, and capacities to be held to 50% since reopening.

Simply put, though still impacted by the pandemic to varying degrees, mobile businesses have not had to face the same roadblocks as companies relying on foot-traffic.

“I think that because of our business model, we’re a little bit better off than some other businesses that were more restricted to one channel of selling,” said Murdock, who owns the BLFT with her sister, Brigitte. “Our whole idea since we started is … however we can get our product to our customer, we will, whether that be us driving across town to drop it off or have an online store. We’ve constantly implemented ways to get our product to our customers.”

In fact, since COVID hit, Murdock said the company’s online sales have spiked, and its customer-base has widened into neighboring California and Arizona.

The pandemic, however, hit the brakes on other aspects of the business, including appearances at summer festivals, private home parties, and pop-up events at local restaurants, taverns and wine bars (which recently revved back up, Murdock said).

Notably, the BLFT also has a physical office in Reno, known as The Babe Cave, where customers can go for personal shopping appointments.

“There’s no way around the fact that for a long time we didn’t have an event,” said Murdock, a former Nevada Wolfpack softball player who founded the BLFT in 2016. “But, being mobile is like a hybrid of an online and brick-and-mortar store. You can get more creative when you’re mobile, and there’s a lot more flexibility in how to run your business.”

For some mobile businesses, though, the COVID crisis has made the road to recovery challenging.

Carlo Schmitt, owner of Reno-based Codfather, said sales for his fish-and-chips-centric food truck are down about 50% compared to last year.

Schmitt said the cancellation of summer festivals and events were an especially big blow. Take, for instance, the cancellation of Food Truck Friday, the state’s largest weekly food truck gathering, which traditionally ran from May to September at Idlewild Park.

“Summer’s when we’re supposed to make it so we can hunker down for winter, because winter is a tough beast on a food truck,” Schmitt said.

Moreover, Schmitt said his food truck has been impacted by the slowdown of construction at the Tesla Gigafactory. The Codfather, which started in 2015, had been serving construction crews building the massive factory east of Reno-Sparks for years, he said.

“When the pandemic hit, and with Tesla not doing any construction, the carpet was pulled from right underneath me,” Schmitt said.

Still, Schmitt has kept his wheels moving. In late May, he started a “Fish Friday” at Pioneer Hills Storage, located at 13201 S. Virginia St. in Reno, which he said has “helped him out a little bit.”

Another factor that has also helped Schmitt is that prior to COVID he had implemented a new point-of-sale system that includes two self-order kiosks, a concept that has become more and more common amid the global health crisis.

“The customer can come to my truck, put their order on the kiosks, it’s sent inside, and I can just hand it out to them in a container,” Schmitt said. “Without knowing it, what I did before this started ended up being the right thing for the pandemic. The timing was right.”

Even still, Schmitt feels food trucks will begin to fade away as long as the economy remains in a slowdown.

“The business isn’t there for us,” he said.

That’s part of the reason why Battle Born Food Truck has stayed in hibernation since COVID crept in, said co-owner Michael Damonte.

Like Codfather, Battle Born Food Truck had been a regular at the Tesla Gigafactory, which Damonte said brought in consistent business.

“Once we get back, I don’t know if we’re going to go back there or not,” Damonte said. “We’ve heard from some other food trucks that it just hasn’t been that busy. It’s just kind of slow going right now.”

He added that not having a contactless point-of-sale system also raises concerns.

“We used to serve over 100 people a day, and I was little bit leery about taking cash and credit cards from everyone,” he said.

Though Damonte has no timetable for when he’ll fire back up the truck, he hopes it will be sooner than later.

“We’re in the process of figuring out what the new normal is and making a system and how to tackle it all,” he said. “Fortunately, being in the food truck business, we are pretty socially distanced.”