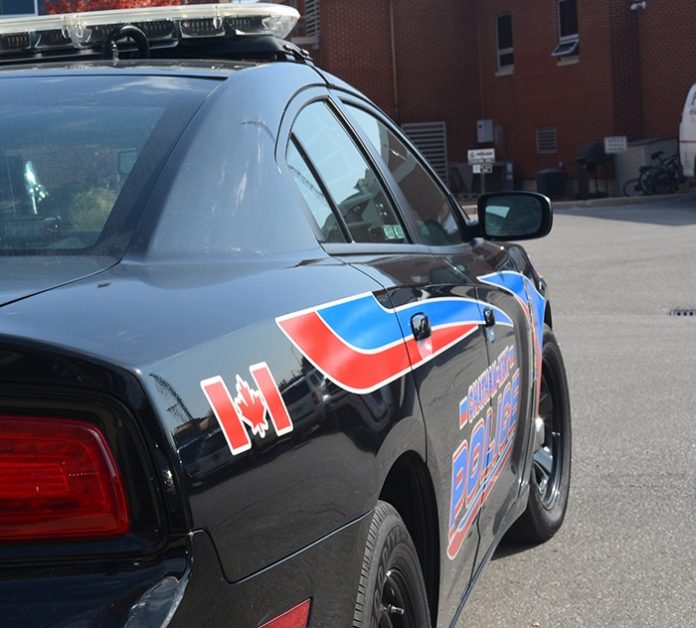 On June 6 of last year, a man entered into a Probation Order with several conditions. One of those conditions stated that he was not to attend the home of a specific woman in Chatham.

Yet on Sunday morning, Chatham-Kent police responded to a disturbance at this residence. Officers located the man inside the home and he was arrested.

A 56-year-old Chatham man was charged with breaching his Probation Order.

On July 17 of last year, a man entered into a Probation Order with several conditions. One of those conditions stated that he was not to attend a specific convenience store in Chatham.

But on Sunday morning, police responded to the report of a suspicious man near the entrance of the store. Officers located the man and he was arrested.

Gregory Wuss, 37, of no fixed address, was charged with breaching his Probation Order.

Yesterday morning, police received several reports of a woman screaming for help in the area of the black bridge in Chatham.

Officers located the woman and through investigation, learned that her boyfriend had assaulted her.

Upon speaking with the woman, police learned that this was not the first incident of domestic violence between the couple.

A short time later, officers located their suspect on Adelaide Street and he was arrested.

A 44-year-old man of no fixed address has been charged with assault and uttering threats.

Last night, police responded to the theft of a truck from a business on McNaughton Avenue in Wallaceburg.

Through investigation, police located the truck behind an apartment building on Wallace Street.

Gerrard Foster, 60, of Wallaceburg, was arrested and charged with theft.

Early this morning, an officer on general patrol observed a vehicle travelling at a high rate of speed on Park Avenue in Chatham.

The officer recorded the man driving 74km/h in a posted 50km/h.

Through investigation, the officer further learned that the man was suspended from driving.

A 39-year-old man is charged with driving while under suspension and speeding.

About the Author: Chatham Voice

Wiping down all parts of vehicles before and after repairs the...