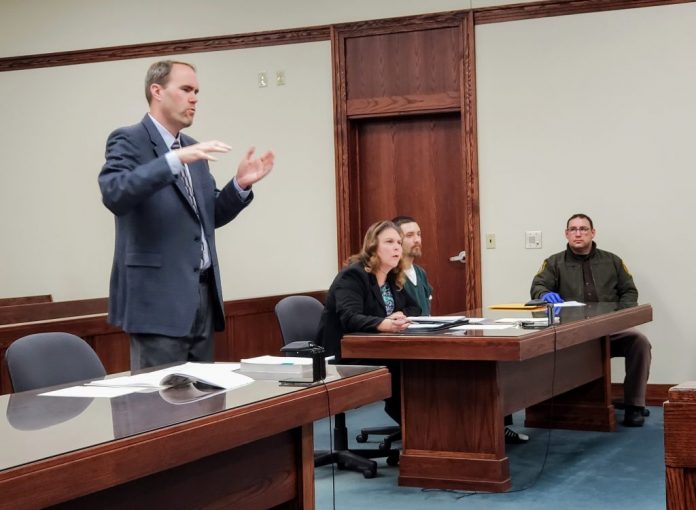 STANTON — A Montcalm County judge threw out a carjacking charge against an Edmore man, to which a prosecutor responded by filing a new charge of strangulation against the defendant.

Montcalm County Chief Assistant Prosecutor Christopher Hekman, at left, argues why Dusty Snow should be charged with carjacking as Snow, wearing a green jail uniform, listens, at right, next to his defense attorney, Monica Tissue-Daws, during a preliminary examination on April 8. Montcalm County District Court Judge Donald Hemingsen threw out the carjacking charge but bound Snow over to Circuit Court on other charges. — DN Photo | Elisabeth Waldon

Dusty Snow, 26, appeared for a preliminary examination April 8 in Montcalm County District Court on charges of carjacking, unlawfully driving away an automobile and domestic violence.

The charges stemmed from an alleged incident between Snow and his on-again-off-again girlfriend who is also the mother of their young child.

Snow’s ex-girlfriend testified that they were broken up when he called her around 4 a.m. March 15 saying his vehicle had broken down and asking her to come pick him up at Hillman Road and M-46. She said Snow repeatedly swore at her and called her vulgar names on the phone.

The woman took her mother’s 2008 Lincoln pickup truck, leaving her child with her mother. She said she located Snow walking down M-46 and picked him up.

The woman said Snow began pulling her hair as she was driving, hit her several times and began choking her as she pulled over onto the side of the road.

“That’s when he was choking me when I had stopped the vehicle,” she said.

The woman said she exited the truck and ran into a field. She said Snow got behind the steering wheel, did a few “burnouts” and circles on M-46 and then began driving toward her. 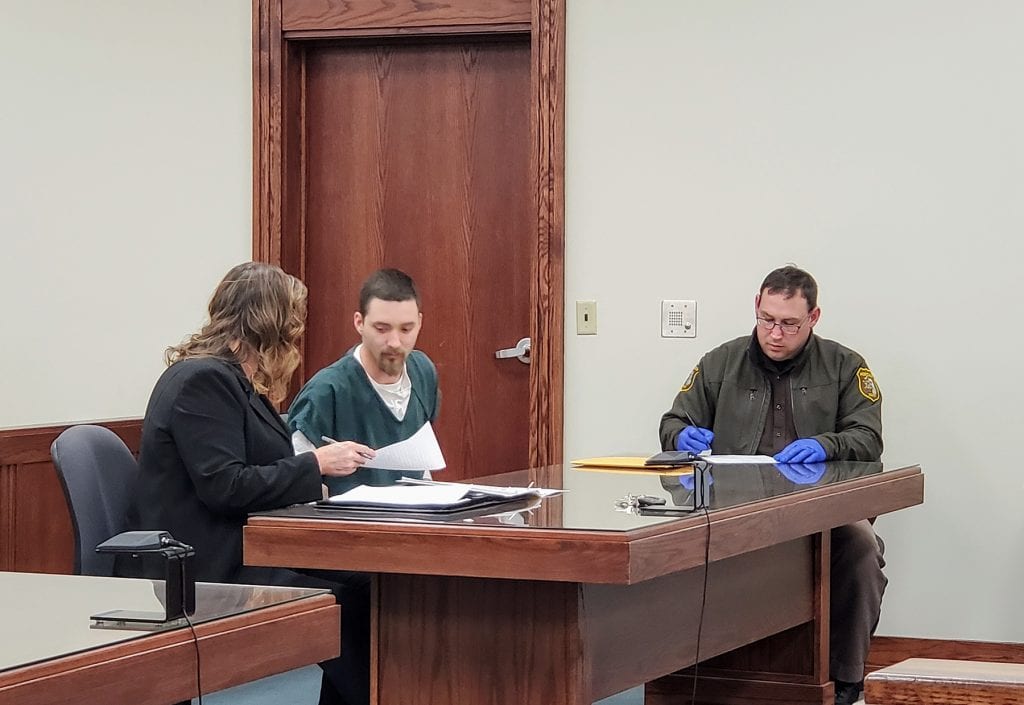 “I was really shaken up. I didn’t remember everything until later on,” the woman said. “The next morning I had woken up and my mom had seen the bruises on my neck.”

Tissue-Daws questioned why the woman didn’t tell police that Snow had threatened to kill her. The woman said she wrote this in her statement and thought she had also verbally told police.

Tissue-Daws also questioned why the woman agreed to go pick up Snow when he was being mean to her on the telephone.

“It was cold,” the woman said. “I can’t just leave someone cold walking down the side of the road.”

Michigan State Police Trooper Jacob Robison testified about being dispatched to the incident and finding the woman on the side of the road.

“She was very emotional, kind of frantic, scared,” Robison said. “I noticed a mark below her left eye. I took photos.”

Robison said the woman didn’t tell him that Snow had threatened to kill her.

The truck was found later that same morning abandoned about half a mile from where the woman and her mother live. 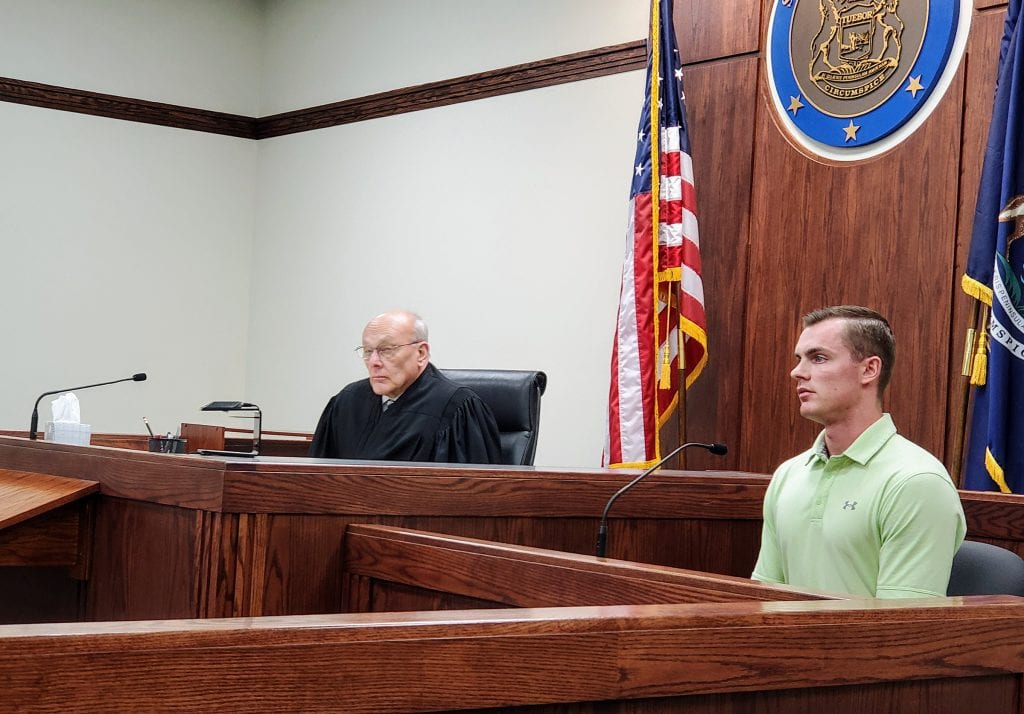 After testimony from the woman and her mother about the alleged choking, Montcalm County Chief Assistant Prosecutor Christopher Hekman requested that he be allowed to add a new charge of strangulation, which Tissue-Daws opposed and Judge Donald Hemingsen denied.

“There’s no sufficient room here in my view, especially given the gravity of the situation, why that should not have been followed up with by the police and the prosecutor,” the judge said. “Since it wasn’t … the motion is denied.”

Hekman protested that the alleged choking incident wasn’t included in the police report.

“They have a duty to give it to you,” the judge declared. “This is becoming an unfortunately common occurrence and I’m not going to put up with it, especially when I learn about it on the day of the exam.”

Hekman then requested that Snow be bound over to Circuit Court on the charges of carjacking and unlawfully driving away an automobile, but Tissue-Daws argued that the law states force must be used for vehicle theft to be considered carjacking.

“It sounds to me as if she abandoned the vehicle and took off,” Tissue-Daws said. “It appears that she had left the vehicle, not been forced out of the vehicle. It appears Mr. Snow was yelling something at her and she said just go. The carjacking has to show that he had an intent to steal that vehicle. Clearly, he didn’t. And the vehicle was taken back to the area to apparently that morning and returned.”

Hemingsen bound over the unlawfully driving away and domestic violence charges, but not the carjacking charge. 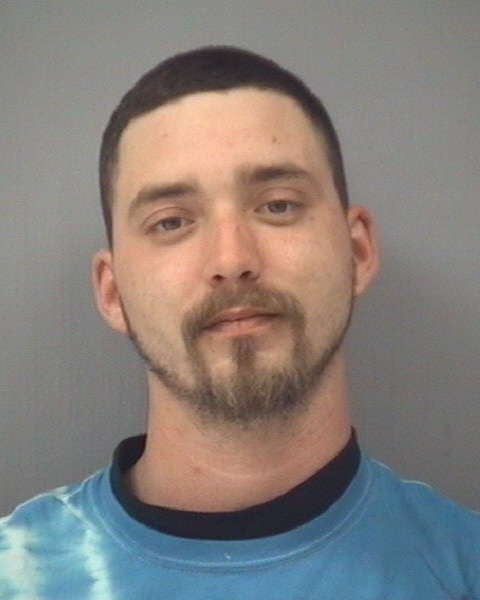 “There are two elements of carjacking which are somewhat different than unlawfully taking possession of a vehicle,” the judge said. “One is that one must not only take possession of the vehicle but for carjacking, one must intend to commit a larceny which is usually defined as permanently depriving the owner of possession. I think the elements on that offense have been met, at least to the extent of a probable cause standard. Certainly, evidence here can be construed to mean that the defendant never really intended to return it. He may have thought that the rightful owner would eventually find it but he clearly never took any obligation to return the vehicle within a reasonable time, so I think that element has been met.

“The element that I find has not been shown even on a probable cause standard is the use of force or violence or the threat of force or violence,” the judge said. “Clearly, we have violence here and threats, which have been established by a probable cause standard. Her hair was pulled, she was struck and according to her testimony here today she was choked. There was also according to her testimony here today a statement that she was going to be killed. The problem is that the statute is very particular that the violence or the threat of violence … the violence or the threats must be expressed or committed in the course of committing the larceny of the vehicle. The statute is very clear that the violence must be committed during the course of the taking (of a vehicle).

“The driver got out, admittedly, understandably, because she was afraid and ran away. At that point, the threats stopped, as near as I can tell, before the defendant ever got into the driver’s seat. I don’t think there’s enough here to establish probable cause,” the judge concluded.

Tissue-Daws then asked the judge to reduce Snow’s bond to personal recognizance so he can return to live with his mother in Lansing and attend his grandmother’s funeral. Hekman opposed the bond reduction, noting he intended to file the new strangulation charge immediately after the prelim concluded.

“That’s going to be charged today before we leave,” Hekman said. “I think that brings the severity back up. Mr. Snow stole a truck after assaulting the vehicle owner in a very significant and severe manner. I think to let him out on a lower bond does a disservice and puts the community at risk.”

The judge left Snow’s bond as is and Snow was taken back to the Montcalm County Jail.

Hekman filed the new charge of strangulation against Snow that same day. That new charge has not yet been bound over to Circuit Court.