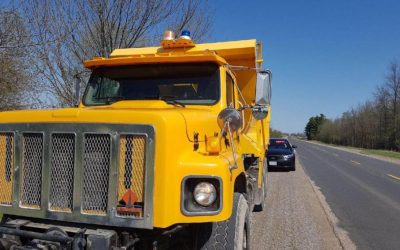 
Sarnia police say nearly two-thirds of the commercial vehicles inspected in a safety enforcement blitz were removed from the road.

The service, CN Police, the MTO and OPP conducted a joint forces blitz in the city’s industrial area Wednesday.

Of the 43 commercial vehicles inspected, 27 were taken out of service.

Last weekend, Lambton OPP and the MTO conducted a motor vehicle/trailer blitz in Point Edward that saw 15 of 21 inspected vehicles removed from the road.