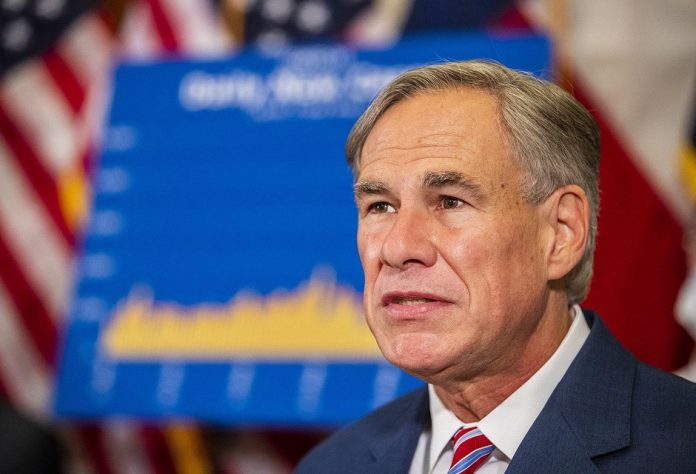 (TNS) – Along the Texas coast outside Corpus Christi, Nueces County Judge Barbara Canales surveyed the sandy Gulf of Mexico beaches packed with swimmers and sunbathers, just the way they are every summer. Then she went back to her office to order another morgue truck.

Officials across Texas are rushing to mobilize overflow mortuary space as communities brace for a surge in coronavirus deaths following Fourth of July festivities. Already, July has had a succession of record-setting days in terms of new cases, deaths and the number of people hospitalized with COVID-19 as the pandemic takes hold in the state.

“Why won’t people see what’s happening?” Canales said of vacationers thronging the beaches. “It’s nothing but summer fun. They can’t see the stress and strain that our community is under. The danger isn’t real to them.”

July’s heat and sun aren’t providing the respite many had hoped for when the pandemic arrived in the U.S. in the cooler, cloudier days of early spring. Then, it created pile-ups of bodies in New York City that required ranks of mortuary trailers. Now, while Northeastern states that were hit hard early are curbing the virus, the South and Southwest are contending with explosive outbreaks after relaxing controls. Renewed efforts such as mask mandates haven’t yet made a dent.

This week, Texas continued to set records with 10,745 new cases reported Tuesday and more than 10,569 hospitalized with the virus. Deaths so far total nearly 3,500, contributing to a national tally of 138,000 so far.

For months, a bad day in the state was anything over 30 deaths. But in the past week, they jumped to triple digits and Gov. Greg Abbott — who prevented cities and counties from moving aggressively to counter the disease — is warning the worst is yet to come.

U.S. Army medics are being deployed to two counties along the Texas-Mexico border to assist hospitals overrun with new virus cases. And hospitals and local governments are requesting refrigerated trucks and trailers outfitted with racks designed for storing the dead. Some are turning to private companies.

The Federal Emergency Management Agency has dispatched 22 morgue trucks to Texas, said Deputy Press Secretary Janet Montesi. None have been requested by Florida or Arizona, where similar outbreaks are underway.

The first eight units arrived in Texas in April. Nobody needed them then, so they stayed parked, one at the Nueces County fairgrounds. Canales, the top elected executive official, briefly considered charging the state rent for storing it.

For three months, only three people in the county of about 365,000 died of COVID-19. “Then, last week, an onslaught,” she said. As of Tuesday, 58 people had died. Adding to the strain: Nueces’s morgue facilities are used by 17 other counties.

By the time deaths jumped in Nueces County, its FEMA morgue truck had been sent to another community along the border that needed it more. Hilary Watt, executive director of the Coastal Bend Regional Advisory Council, has been responsible for dispatching the trucks along Texas’ southern coast and border with Mexico. She’s sending one back to Nueces County, and is stationing three more in the Rio Grande Valley.

“We’re trying to get them staged now for what we think is coming,” Watt said. Hospitals and funeral homes along the border are already overwhelmed with cases and deaths. Gulf Coast communities “are only a week or two behind,” she said.

Travis County, home to the state capital, Austin, recently requested an additional refrigeration truck, but is trying to buy one on its own rather than go through FEMA, said Hector Nieto, a spokesman.

Cameron County, which encompasses the south Texas cities of Brownsville and Harlingen, acquired a mobile morgue about two weeks ago — though it hasn’t been needed yet, said Melissa Elizardi, the county’s public information officer.

“As you can imagine, because we’ve seen the spike in hospitalizations, we’re anticipating that there will be a spike in deaths in the next week to two weeks,” Harlingen Mayor Chris Boswell said.

HCA Healthcare Inc. has deployed mobile refrigeration units across its community hospital system, according to Sean Burnett, a spokesman for the Gulf Coast division. So far, it’s had to use a unit only briefly in northwest Houston.

“Community hospitals are not designed for mass casualty or large volumes,” Burnett said. “Houston and the Gulf Coast are facing a severe surge right now. Based on patient volume and the expectation of volume, we want to make sure everyone is prepared.”

After seeing images of bodies packed into trailers — some not refrigerated — in New York City during the height of its outbreak, mortuary supply company Mopec Inc. designed a rack system that can retrofit trailers to store remains. It stepped up production of body bags and cooling pads, a device born of the opioid epidemic to provide short-term storage in unrefrigerated areas.

“We quickly found as we got into the height of COVID that everyone needed everything now,” said Jeff Pemberton, a spokesman.

Acela Truck Co., which builds a wide array of trucks for industry, was tapped by the U.S. government to create a line of mobile morgues — a contract they just fulfilled, said Sales Director Louise Rainone. Now the company is considering building a fleet so that they’re ready for immediate delivery when needed.

In larger urban areas such as Houston, refrigerated trailers are a common contingency in catastrophes, said Vanessa Astros, a spokeswoman for St. Luke’s Health. Its hospital in Houston has had such a truck since March as a precaution.

Such luxuries are less common in smaller cities. When deaths spiked in Nueces County after the FEMA morgue truck had been relocated, Canales had to find another option. By chance, Houston had donated an old refrigerated trailer to the county a year ago when it was needed to store bodies from a mass-fatality accident.

Canales had that trailer repaired and updated, but it held just nine bodies — not enough. The judge was preparing to fix up another old morgue trailer she’d located when news arrived Wednesday that another FEMA unit should arrive July 18.

“These trucks represent death,” the judge said. “I’m personally shaken and affected by it. But my job is to plan for the worst. Nobody will forgive you if you’re not ready.”

Coronavirus could make it tougher to find pickup truck you want...