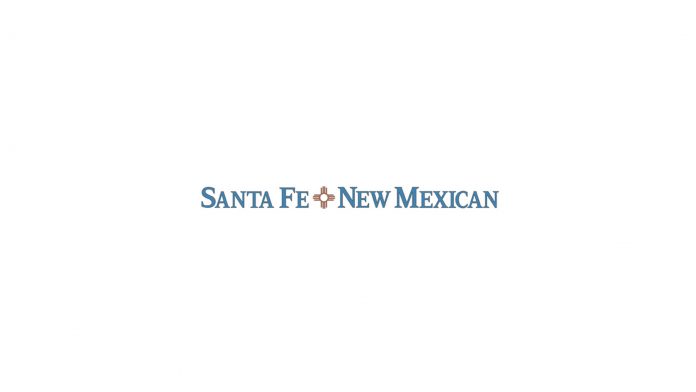 A Moriarty man is accused of stealing a truck from the Denny’s parking lot Friday night and leading Santa Fe police on a chase that ended when he crashed and rolled the vehicle at West Frontage Road and N.M. 599.

David Brimhall is charged with two counts of aggravated assault, two counts of aggravated fleeing of a law enforcement officer, possession of a firearm by a felon, possession of a controlled substance, driving while under the influence of drugs, negligent use of a deadly weapon and receiving stolen property, according to a criminal complaint filed Monday in Santa Fe County Magistrate Court.

Francesca Lobato left her 2004 silver Ford truck on with the door unlocked when she went inside the restaurant, according to a criminal complaint by the Santa Fe Police Department.

When she came outside, accompanied by the restaurant’s night manager, Anthony Gonzales, she noticed someone was trying to take her vehicle and began pointing at it and yelling, “He’s stealing my truck!” the complaint states.

Gonzales and Lobato attempted to stop the man, according to the complaint, who put the car in reverse before suddenly placing it in the drive position and going across the parking barrier between Denny’s and the neighboring Allsup’s Convenience Store on Cerrillos Road.

Officers tried to pull the vehicle over near the Smith’s grocery store near Lujan Street, but the driver did not stop, according to the criminal complaint.

A sergeant called off the pursuit, according to the criminal complaint, but decided to reinitiate the chase when the vehicle was headed southbound on Interstate 25.

The driver then sped off, according to the police report, driving through brush and fences to get onto West Frontage Road.

Santa Fe County sheriff’s deputies deployed Stop Sticks, a device used to deflate a vehicle’s tires during a high-speed pursuit, which caused the vehicle to crash and roll at West Frontage Road and N.M. 599, according to the police report.

Officers found a handgun, knives and a white powder substance on Brimhall, the criminal complaint states.

The gun had been reported stolen in 2018, according to a police report.

Brimhall was then taken to Christus St. Vincent Regional Medical Center for treatment.

When officers read Brimhall his Miranda Rights, he refused the assistance of an attorney and provided officers with a written statement, the complaint states.

Brimhall said he had consumed meth before taking the truck and that he made the conscious decision to not stop the vehicle when an officer tried to pull him over near the Smith’s grocery store, according to the complaint, and when officers restarted their pursuit of the vehicle.

Brimhall was booked at the Santa Fe County jail early Saturday morning. He is scheduled to appear in District Court on May 19 for a pretrial detention hearing with Judge Mary Marlowe Sommer.

Truck driving as a career in the spotlight