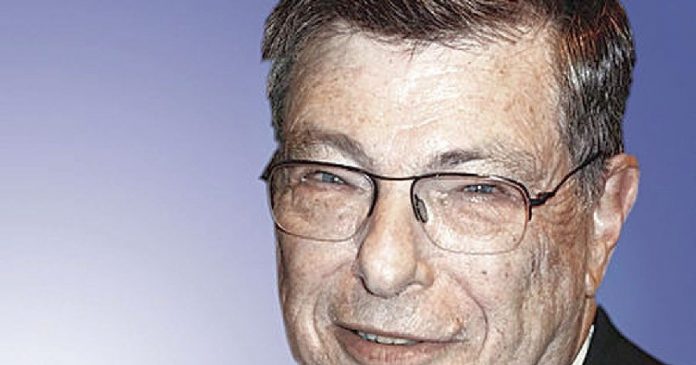 The most recent data (2018 from the Census Bureau’s County Business Patterns) tell us that Indiana supported more businesses associated with autos than food. The count was 8,700 to 3,600. Restaurants are not included; no one I know says, “Let’s go shopping at Swill Burger.”

Yes, it’s distressing. Auto and truck dealers, parts suppliers and gas stations are more than twice as common as places to buy food.

Now, when you think of a retail establishment, your mind is influenced by some movie depicting Hollywood’s imagined golden era prior to World War I. Yes, there’s Judy Garland falling for Van Johnson under the eye of jolly S.Z. Sakall in the music instrument store.

Or do you think of a neighborhood store, one of a well-advertised national chain where the manager is invisible and the staff pleasant but clueless about the merchandise.

Surprisingly, two-thirds of all Hoosier retail “establishments” are known to the Census Bureau of “non-employer” entities. No one is employed by them, but they sell directly to the public.

These shops are hard to find open because they have no staff to help you when the proprietor is away. It’s why you’ll find many junk shops (excuse me, antique stores) closed as you cruise through small towns.

We must also include those who are attempting to sell you via the telephone, internet or at a neighbor’s house, calling for Avon or pitching Tupperware. Even Hoosier Red Skelton was a door-to-door Fuller Brush Man.

No, your barber and/or beauty shops do not fall into the retail group. They are primarily selling services, not merchandise. They are classified as personal care services along with your diet and weight reducing centers.

We’ve seen many changes over the decades in retail trade as firms expand the lines of goods they carry. What used to be the drug store added a soda fountain (for a while) and now is classified as a Health and Personal Care Store, if you include booze and products “As Seen on TV” among your personal care items.

Perhaps the most noticeable retail trade change has been the expanded range of the department and grocery stores. Both were themselves aggregations of earlier independent units transformed into the general merchandise stores, including Warehouse Clubs and Supercenters.

And even these behemoths are being challenged by online shopping. Where 100 years ago the local merchants feared A&amp;P as well as Sears, today the name Amazon strikes terror into the hearts of all the bankers who lend to retailers.

Excuse me now; there’s a package at the door.

Morton Marcus is an economist. Reach him at mortonjmarcus@yahoo.com. Follow his views and those of John Guy on “Who gets what?” wherever podcasts are available or at mortonjohn.libsyn.com. Send comments to letters@dailyjournal.net.