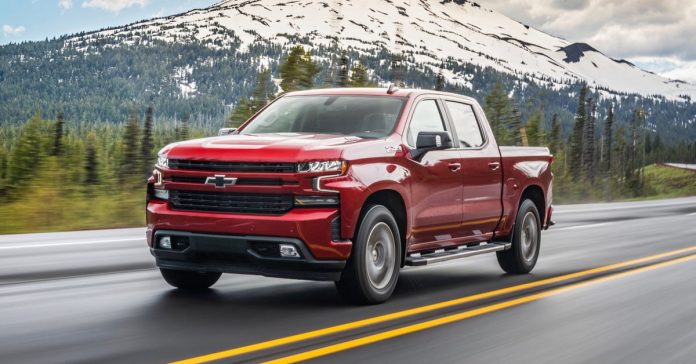 Judging from ads, you’d think the life of every pickup truck owner is all about towing huge trailers and going on off-road adventures. Yet many owners now use their pickup trucks as daily drivers, so fuel economy is more important than ever. Stricter emissions standards have also put more pressure on truck makers to improve mpg.

The result is that trucks from the Detroit Three automakers are now surprisingly fuel-efficient. When equipped with available diesel engines, the full-size pickup trucks from Ford, General Motors, and Ram actually outclass their smaller midsize counterparts. Ford has an F-150 hybrid on the way, and several automakers are developing electric trucks, but for now, diesel dominates.

These are the most fuel-efficient trucks on sale today, but that statement comes with a few caveats. The rankings are based on trucks’ Environmental Protection Agency (EPA) combined fuel economy ratings, as they are most representative of real-world use. Fuel-economy ratings also vary based on how the truck is equipped; all trucks listed here get their best ratings with rear-wheel drive, rather than four-wheel drive.

With rear-wheel drive, the Silverado Duramax’s 27 mpg combined wins by a nose. The truck is rated at 23 mpg city and 33 mpg highway.

The Duramax diesel engine used in the Silverado is a 3.0-liter inline-six, which produces 277 horsepower and 460 pound-feet of torque. It’s available exclusively with a 10-speed automatic transmission, with the wide spread of gear ratios likely contributing to fuel efficiency. The Silverado Duramax is rated to tow up to 9,300 pounds, although you’ll need efficiency-sapping four-wheel drive for that. The Silverado is also available with gasoline engines with four, six, or eight cylinders.

The Silverado was last redesigned for the 2019 model year. Notable tech features include a “transparent trailer” system that uses cameras to let the driver “see” through a trailer, as well as a towing app with checklists and other features to make the process easier. The Silverado also got adaptive cruise control for the 2020 model year, long after the rival Ford F-150.

The GMC Sierra is virtually identical to the Silverado, but it’s slightly behind the Chevy in fuel economy. Equipped with the same Duramax diesel engine, the Sierra gets 27 mpg combined and 30 mpg highway, with the same 23 mpg city as the Silverado diesel.

Power output for the Duramax diesel engine is unchanged from the Silverado, and the engine is coupled to the same 10-speed automatic transmission. However, the Sierra’s maximum tow rating is slightly lower, at 9,100 pounds (again, with four-wheel drive). The Sierra gets the same assortment of gasoline engines available in the Silverado as well, but they can’t match the fuel economy of the diesel.

GMC is pitched as a premium brand, but in the past that mostly meant GMC trucks had more chrome trim than their Chevy siblings. The current-generation Sierra is one of the first GMC models to really distinguish itself, offering the brand-specific reconfigurable MultiPro tailgate and CarboPro carbon-fiber cargo box.

Ram was the first of the Detroit Three to offer a diesel engine in its full-size truck, but the second-generation Ram 1500 EcoDiesel is no longer the most fuel-efficient truck on sale. However, the rear-wheel-drive model’s 26 mpg combined (22 mpg city, 32 mpg highway) is still pretty good for a big truck.

As before, the EcoDiesel engine comes from Ram parent Fiat. Built in Italy, the 3.0-liter V6 produces 260 hp and 480 lb-ft of torque, and is sold only with an eight-speed automatic transmission. The EcoDiesel can tow up to 12,560 pounds when properly equipped — substantially more than its Ford and GM rivals. Ram also offers gasoline V6 and V8 engine options.

The Ram 1500 was last redesigned for the 2019 model year, gaining an available 12.0-inch portrait-oriented touchscreen for its Uconnect infotainment system. Also setting the Ram 1500 apart from rivals is independent front and coil-spring rear suspension, which offers a more comfortable ride than most other trucks.

Even with lighter aluminum bodywork, the diesel F-150 can’t quite match the fuel economy of its Detroit rivals. The best the Blue Oval can muster is 25 mpg combined (22 mpg city, 30 mpg highway).

Ford’s 3.0-liter Power Stroke V6 produces 250 hp and 440 lb-ft of torque. The diesel engine is coupled to the same 10-speed automatic transmission used in the Chevy and GMC trucks (the transmission was jointly developed by Ford and GM). Ford quotes maximum towing capacity of 11,400 pounds for the Power Stroke, which sits in the F-150 lineup alongside EcoBoost turbocharged gasoline V6 engines and a lone naturally-aspirated gasoline V8.

The current-generation F-150 debuted for the 2015 model year, and Power Stroke diesel has been around since the 2018 model year. A redesigned F-150 is on the way as a 2021 model. The diesel engine will return, but Ford hasn’t released any specifications for it. The next-generation F-150 will also get a PowerBoost hybrid option, but so far it doesn’t look like the hybrid will surpass the diesel in fuel economy.

The current-generation Colorado dates back to the 2015 model year. Its Duramax diesel engine is a 2.8-liter four-cylinder, which produces 186 hp and 369 lb-ft, of torque, allowing the Colorado to tow up to 7,700 pounds when properly equipped. Chevy offers gasoline four-cylinder and V6 engine options as well.

The diesel engine can be had in the Colorado ZR2, which gets upgraded suspension and a host of other changes for serious off-roading. However, the base Colorado diesel is the most fuel-efficient variant.

The gasoline-powered Ranger nearly matches the Colorado diesel in fuel economy. Both trucks get the same 23 mpg combined, but the Ford has a 1 mpg advantage in the city category. However, the Colorado beats the Ranger by 4 mpg in the highway category.

The Ranger’s good gas mileage is largely down to its small engine and efficiency-focused transmission. The 2.3-liter turbocharged inline-four is coupled to the same 10-speed automatic used in F-150, Silverado, and Sierra. The four-cylinder engine produces 270 hp and 310 lb-ft, giving the Ranger a towing capacity of 7,500 pounds.

Ford brought the Ranger back to the United States for the 2019 model year after nearly a decade away. However, the current-generation Ranger went on sale in other markets long before that, so it’s not exactly a fresh design. Still, it has impressive road manners for a truck and a decent amount of tech, including Ford’s Terrain Management System for off-roading.

Like other types of vehicles, pickup trucks come in multiple sizes. But the size categories often used by automakers don’t always provide the whole picture. Here’s a quick cheat sheet.

Midsize pickup trucks are actually the smallest trucks you can buy new in the U.S. right now. Smaller trucks (often described as “compacts”) vanished from our shores years ago, although they are still available in other countries. Examples of midsize trucks include the Toyota Tacoma, the Nissan Frontier, the Honda Ridgeline, and the Chevy Colorado/GMC Canyon twins. The Ford Ranger and the Jeep Gladiator are the latest entries in this booming segment.

This is the most common type of truck on the road, encompassing best-sellers like the Ford F-150, the Chevy Silverado 1500/GMC Sierra 1500 twins, and the Ram 1500. These trucks are sometimes referred to as “half tons,” a term which used to apply to payload ratings for this class of truck, but is now completely irrelevant. The term “full size” comes from the fact that these are the largest trucks classified as “light-duty vehicles” by the EPA, meaning they’re governed by the same fuel-economy rules as cars.

Full-size trucks aren’t the biggest trucks you can buy, though. Heavy-duty trucks like the Ford F-Series Super Duty, the Chevy Silverado/GMC Sierra 2500 and 3500, and the Ram 2500 and 3500 are so big that they exceed EPA weight ratings for passenger vehicles. Many owners still use these trucks as daily drivers, although only buyers who spend a lot of time towing and hauling really need them. The “three-quarter-ton” and “one-ton” names come from the same outdated rating system as the “half-ton” designation for full-size trucks.

At least 1 killed after pickup truck collides with semi