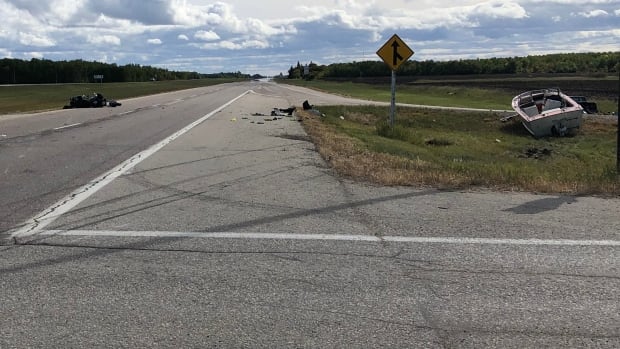 A 64-year-old man is dead after a highway crash near Selkirk, Man., on Sunday.

The man was driving a motorcycle and crossing Highway 59, from Highway 4, when a pickup truck hauling a boat crashed into him, police said.

The crash happened around 1:15 p.m. in the southbound lanes of Highway 59 and shut down a stretch of the road for more than four hours, forcing traffic to detour the area.

The driver of the pickup, a 74-year-old man, was not injured, RCMP said.

The motorcyclist, who was wearing a helmet, was rushed to hospital but pronounced dead.

The wrecked motorcycle could be seen lying in one of the southbound lanes of the highway, while the boat, which came off the trailer, was lying in a grassy median a few yards away.

Daily Egyptian | Photo of the Day: Food Trucks and Art

Man found dead inside truck near construction site in Adelanto –...