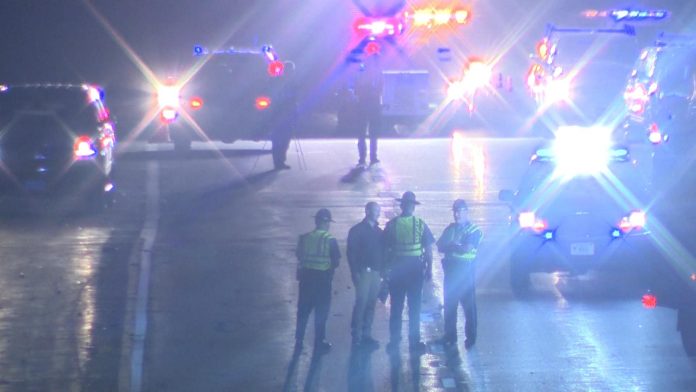 RAYNHAM — A motorcyclist was killed late Tuesday night in a collision on Interstate 495 in Raynham.

Mass. State Police and the Raynham Fire Department responded to a report of a crash on the highway at about 11:12 p.m.

Although conflicting reports came into 911 regarding the location of the crash, including which side of the highway it was on and near which exit, firefighters located it on the southbound side of Interstate 495 at exit 8, which leads to Route 138.

State police say a motorcyclist and dump truck collided, resulting in the death of the motorcyclist.

When Raynham firefighters arrived on the scene, they reported the motorcyclist had been ejected from the bike and determined the rider had died.

Police have not released the identity or any other information regarding the motorcyclist or driver of the dump truck as of Wednesday morning.

Interstate 495 was closed in the area of the crash for several hours overnight as police investigated the crash, including conducting an accident reconstruction. It has since reopened.

This story was updated. Senior reporter Cody Shepard can be reached by email at cshepard@enterprisenews.com. You can follow him on Twitter at @cshepard_ENT.

Greenville High School Class of 2020 graduates under a rainbow