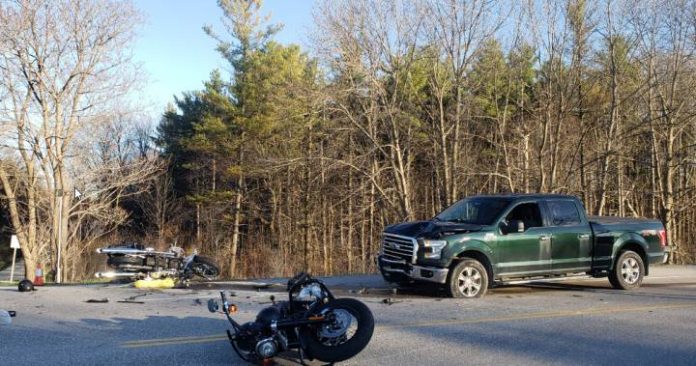 Wellington County OPP say a motorcyclist was killed on Friday afternoon following a crash involving another motorcycle and a pickup truck north of Guelph.

Emergency crews were called to the intersection of Wellington Road 19 and Sixth Line in the community of Belwood at around 4:15 p.m.

Police said two motorcycles were being followed by a pickup truck when the crash happened.

The driver of the pickup was also treated in hospital.

Police have identified the deceased man as 65-year-old John Botts of Nichol Township.

Police said it appears the pickup truck hit both motorcycles from behind, but it’s not known if any charges will be laid at this point.

Pickups Trucks Are Outselling Cars In 2020