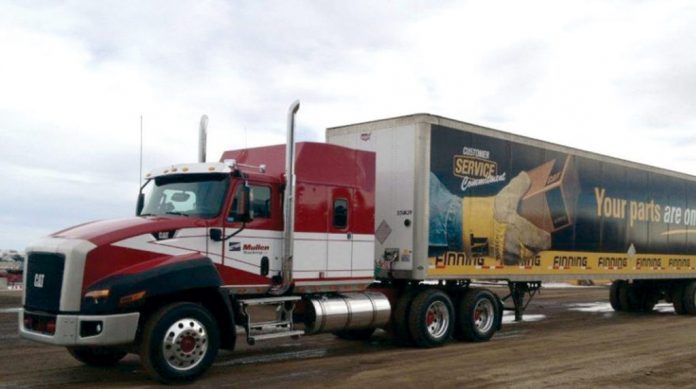 OKOTOKS, Alta. – As the “wants” economy has evaporated due
to the Covid-19 pandemic, Mullen Group has taken drastic measures, including
laying off 1,000 employees.

While reporting its Q1 earnings, Mullen Group indicated all
was going well until mid-March.

“Until mid-March our business was performing ahead of last
year and basically on target to meet our expectations,” said Murray Mullen,
chairman and CEO of Mullen group. “However, once the full extent of the virus
started to become evident, demand deteriorated in many sectors of the economy
directly impacting several of our business units.”

The company also suspended the payment of its dividend for
three months, and instead used the money to create a $5-million Family
Assistance Plan. The funds will be used to help employees who are under
financial duress before government support kicks in.

“I just found it, as a CEO, very difficult to say I’m going
to lay off 1,000 people but I’m still going to pay shareholders,” Mullen said
on a conference call with analysts April 23. “If our associates get into
trouble before the government arrives with their help, we said ‘We’re going to
have a backstop here for people, so don’t worry, everything will be okay. Let
us work on getting you back to work as soon as possible, but if you and your
family get into trouble, we’ve got you covered.’”

Executive salary cuts have also been implemented. Trucks are
still moving to support the “needs” economy, Mullen said. But he couldn’t
anticipate when the other side of the economy will return. He’s not expecting
the usual second- and third-quarter LTL ramp-up to stockpile goods for a
seasonal uptick to occur this year.

“We may be in the early innings of what is a dramatic shift in the economy.”

What began as a health crisis, Covid-19 has morphed into an
economic crisis, Mullen said.

“We may be in the early innings of what is a dramatic shift
in the economy,” he predicted, adding no guidance can be issued at this time
and previous outlooks can be trashed.

“The 2020 business plan and expectations are totally altered
due to the outbreak of Covid-19 here in North America.”

Mullen was quick to act as the virus took hold, formalizing an
initial action plan as early as March 2.

“I don’t want to even guess on how our business can or will
perform over the next couple of months,” he admitted. “I think in the
short-term, the next two to three months, I really expect business to be
challenging.”

Further out, Mullen wonders how the newly opened economy
will look. Will consumers spend money? Will they spend it on things, or
services?

Moves made by Mullen were intended to protect the balance
sheet, and to that end, any potential acquisitions are on hold. Mullen acknowledged
supply chains are under pressure, which could lead to “choppy” demand for LTL
freight services. But Mullen is well-positioned, as it serves as a lifeline to communities
served by its broad network across Western Canada.

As for its speciality equipment, Mullen quipped he may offer
up his parked tankers for crude storage, with capacity nearly full.

“I might be storing some oil in those tankers and not
hauling it,” he said, adding Mullen will park equipment rather than operate at
a loss. “I’m not going to work and not get paid. That’s not going to happen
around here.”

As for the first quarter, Mullen generated revenue of $318.2
million, down 0.4% year-over-year. The LTL segment was up 3.5%, specialized and
industrial services grew 1.5%, but logistics and warehousing fell 5.4%.

Net income fell by $6.9 million to $4.7 million,
reflecting a $2.3 million increase in finance costs and a $3.9 million negative
variance in foreign exchange.