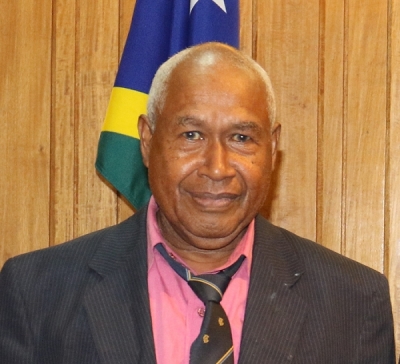 The clean up days, April 28 and 29 was the result of an earlier call by a school teacher from FM Campbell School for the provincial government to set aside a day or two to clean up the provincial capital because it was dirty and full of rubbish.

It is the provincial government’s effort to clean Kirakira in the fight against the deadly coronavirus from arriving in the province because it is widely believed the virus cannot live in clean and hot environment.

They armed themselves with knives, spades and brooms to clean the streets and side-streets as they were overgrown with grass and creepers.

Meanwhile, pickup trucks were used to pick up heaps and heaps of rubbish along the streets and dropped them at the rubbish dump.

A concrete wall built in the 60s near the Kirakira football field for people to sit on while watching games of soccer and athletics which over the years has been overgrown with weeds and grass is now visible again.

And no doubt, Kirakira residents and their visitors will again use the concrete wall for the same purpose.

But the big question being posed now is who will maintain the upkeep of Kirakira?

By GEORGE ATKIN
In Kirakira

ANSONIA, Ohio (AP) — Two people on a motorcycle were killed...

Trash volume is up as people use time at home to...