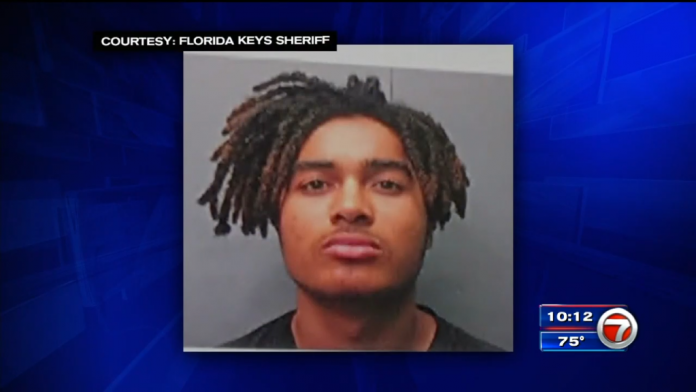 MIAMI (WSVN) – A teenage suspect in Monroe County was airlifted to a hospital in Miami after he was hit by a pickup truck near where he is accused of killing his younger brother and stabbing his father.

According to investigators, the assailant stabbed his younger brother, 14-year-old Pascal Weisberger, then started stabbing his father, 43-year-old Ariel Poholek.

The 14-year-old would succumb to his injuries, and Poholek was flown to Jackson Memorial Hospital’s Ryder Trauma Center. He is said to be fighting for his life.

“We have no reason to believe he’s got any true friends,” Monroe County Sheriff Rick Ramsay said. “He’s known to be a loner.”

The crimes happened at the Executive Bay Club condominium complex near Mile Marker 87.

7News was at the scene in Islamorada, where the manhunt ended. Witnesses said it looked like the 17-year-old intentionally jumped into the truck’s path.

“He flipped up over, like his feet were pointed towards the sky, then hit the road,” John Jankowski said.

A photo shows the brothers and their father on a camping trip several years ago, before the family’s current nightmare.

Cyber-Trucks Of Tesla Slowly Transitioning To A Normal Pick-Up