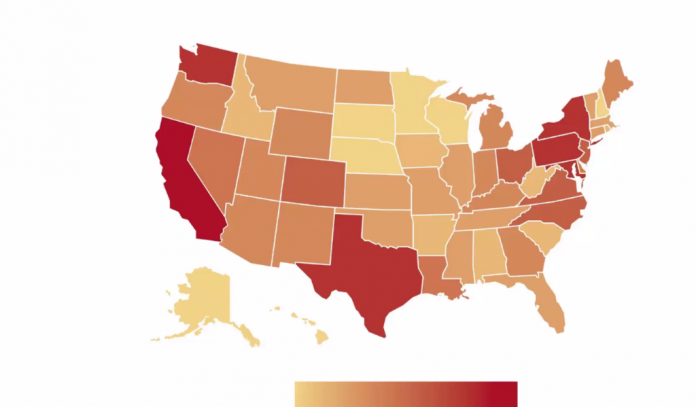 But, Canada was not included in the study because the required data sets used to compile the report weren’t readily available from provinces.

Mike Roeth, executive director of NACFE, said a future study will include Canada. “It’s on our to-do list,” he promised.

Still, the report provides useful insights into which areas are the most electric truck-friendly. California, Washington, Texas, New York, Maryland, and Pennsylvania were among the states that are currently the most ideal for electric truck deployment. The focus of the report was on regions, rather than corridors, as its authors indicate return-to-base regional day cab applications are still the best suited for electrification.

Some factors that made the case for electric trucks more or less compelling are not controllable. For instance, Roeth explained, they perform better in warm climates and regenerative braking gives the greatest benefit in hilly terrain. He said the report was compiled at the request of fleets, many of which were struggling to determine where first to deploy electric trucks.

“In considering where to deploy electric trucks, there’s a lot to think about – everything from charging infrastructure to which climates the technology operates the best in to where the most funding and incentives are available,” said Patrick Browne, director of global sustainability for UPS. “This framework helps not just fleets, but utilities, OEMs, policymakers, and others think through the many considerations to ensure that wherever they deploy electric trucks that they’re a success.”

Other key findings include:

The report can be downloaded here.

Pennsylvania’s inemployment rate At 13.1 percent in May | Times Leader