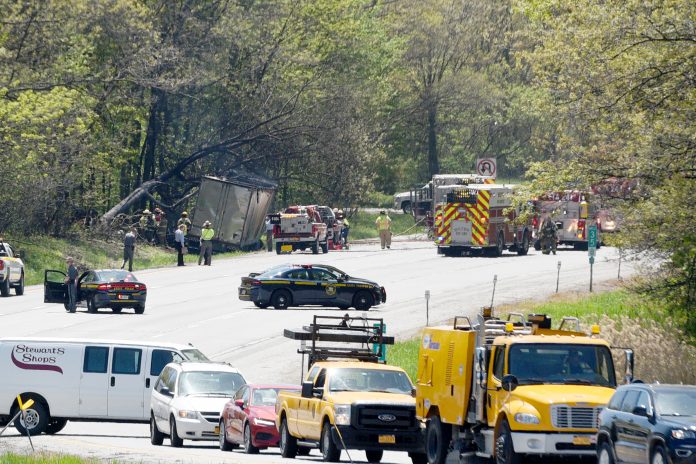 WILTON — State police on Saturday released the name of the tractor-trailer driver who died after his truck went off the Northway Friday afternoon.

He was identified as David H. Ferguson, 67, of Constableville, in Lewis County.

The one-vehicle crash, in which nobody else was injured, not only closed the southbound lanes of the Northway for several hours, but also caused major delays for northbound traffic as well. State police continue to investigate the incident and have not yet released a cause for the crash, in which the truck went off the left side of the highway into the median and caught fire.