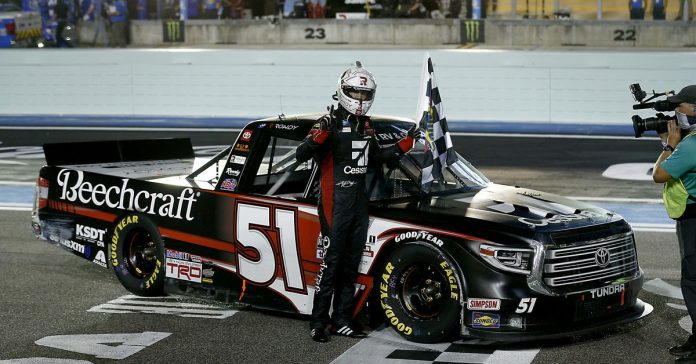 NASCAR’s Gander RV and Outdoor Truck Series has will kick off the Weekend with the Vankor 350 at Texas Motor Speedway on Saturday. DraftKings has DFS contests available for the race, and we go over some top picks and sleepers below. You can set your lineup here.

Busch is the favorite to win in the Xfinity Series and the Truck Series this week. He has three top three finishes in four races and is essentially always in the mix to win truck races. Starting in fourth on the grid gives him a good chance to continue dominating.

Haley has tallied three top five finishes in his last four races at Texas. Although he hasn’t participated in a truck race this year, he does have a win at this venue. He has experience at the track and has never finished worse than sixth there.

This price is way too cheap for the driver with the most wins (2) this year. He has four top five finishes at Texas in his last six starts there as well. While he hasn’t cracked the top 10 in three races, he has history at this track that he can take advantage of.

Eckes has been good all year and is fourth in the standings. Three top 10 finishes in his last four races bodes well for his performance. He’s led for at least 10 laps in three of his last four starts. Lack of history at the track shouldn’t slow down the 19-year-old.

New Ram TRX pick will take on Ford Raptor — and...